Although the statement “the sky is the limit” is trite, in the essay “Faustian Economics,” author Wendell Berry argues for the importance of limits, stating that they allow for “elaboration and elegance.” Although earthly limits allow us to utilize and appreciate what we are given, limitlessness allows us to take risks and venture beyond accepted knowledge to advance our thinking, lifestyle, and ultimately society.

As illustrated in John Krauker’s Into the Wild, earthly limits require individuals to improve upon what they already have. Chris McCandless, the main character, rids himself of his possessions, money, and identity to better understand himself and this world. Rather than pursuing knowledge through science, which Wendell Berry argues leads to infinite regression, McCandless turns to nature and his personal survival skills. He learns the importance of utility when he has a limited supply of food in Alaska and must hunt for food, which allows McCandless to better understand his skills and personality.

Further, limitlessness backfires on Macbeth in William Shakespeare’s “Macbeth.” Motivated by avarice and the prospect of power, Macbeth usurps the throne by murdering King Duncan. Believing that he can achieve a limitless amount of power, Macbeth murders any and all potential challengers of the throne, including his best friend Banquo. Macbeth’s idea of limitless power leads to his downfall, as he realizes that this dogged pursuit of power “hath murdered sleep.”If Macbeth had stuck with his earthly limits, he could have improved upon himself and could have worked to utilize his power to achieve meaning and happiness. Only limits could have helped prevent his and Lady Macbeth’s deaths.

Despite limits helping individuals better themselves and utilizing their surroundings, limitlessness allows individuals to take risks in order to better society. Radical and beneficial inventions such as airplanes and rockets would not be in existence if individuals assumed that they were only limited to what was reasonable or seemingly “practical.” Science, despite criticism from Berry, is what progresses our society and helps us become more efficient. Of course, technology should not be the sole way to think, as seen in Ray Bradbury’s Fahrenheit 451, in which the government bans books and controls all avenues of media, such as television. Rather, individuals should reserve the right to question and act upon intellectual curiosity, such as Plato from Greek philosophy who questioned rhetoric, claiming it was beautiful, but lacked substance. Limitlessness allows for new discovers and a more progressive society.

Our “assumed limitlessness” may be harmful in that one’s surroundings are not utilized or appreciated, but in order to avoid simply enriching our lives instead of progressing them, the concept of limitlessness is important. In the end, there should be a balance between limits and limitlessness , with an appreciation of the status quo complemented with a drive to improve upon current circumstances. Through this, not only will lives have “relationship and meaning,” but also, each year will bring new technologies to improve upon this relationship and meaning. 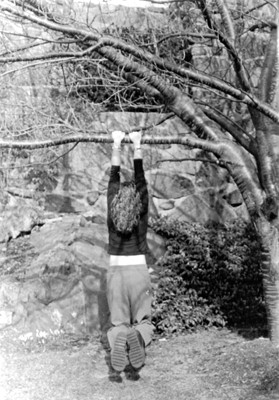