A Close-up Look at APU

Azusa Pacific University was founded in 1899 as a “comprehensive, evangelical, Christian university” according to their mission statement. The video played for prospective students on their tour shows scenes of teachers inspiring their students to dig deeper in the Bible and act on its truths.

When visiting every single person encountered, from janitor to admissions counselor, receives visitors with welcoming greetings.

Not only does Azusa have a wide range of undergraduate majors, but they offer masters and doctoral programs as well. The total student population numbers 9,258, with almost 5,000 undergraduate students. The estimated cost of attending Azusa per year including tuition, housing, meal plan, and fees totals at $37,164.

Azusa requires their professors to reapply every 5 years which causes them to remain involved in their fields. The faculty constantly progresses, providing numerous opportunities for students to work alongside their professors in research or projects.

The theatre arts program has raised protégées such as Marcie Dodd, who plays Elphaba in the Broadway musical, “Wicked”. Azusa also offers an extensive list of sports teams which includes football, a sport not always available at Christian universities.

Student housing improves year to year. Freshmen live in dorms, sophomores live in a mobile home community at the edge of campus, and juniors and seniors live in an apartment complex across the street owned by the university.

The university has a split campus with approximately three-fourths of a mile between them. The University has multiple trolleys that run constantly between the two campuses. For students with smart phones, they have even created an application called “The Trolley Tracker” informing the students of the whereabouts of the trolleys.

Azusa Pacific University is nestled into Southern California’s golden hills in the city of Azusa, 25 miles east of Los Angeles. Much to the chagrin of Coca-Cola lovers, APU is a Pepsi campus. Along with Pepsi products, APU has many eateries including a new sushi bar. Within walking distance of campus reside a movie house, restaurants, pharmacy, and clothing stores. Having all these businesses across the street consoles a perspective student who imagines himself carless and in an unfamiliar setting as a freshman. 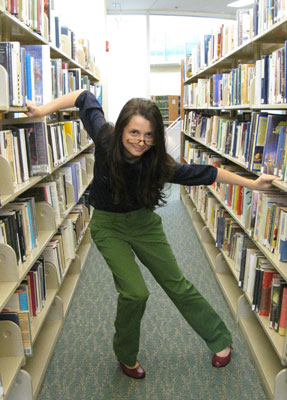 Favorite Quote:
No one can make you feel inferior without your consent. -Eleanor Roosevelt