The Beauty of Death | Teen Ink

The Beauty of Death

Favorite Quote:
Use your weakness as your weapon. The more stronger your weapon is, the more strategy you will have.

The radio is turned on in every single house right now. As Major Ziaur Rahman read the declaration of independence by Bangabandhu, it chilled the two best friends; Aminul and Rahim.

After listening to the declaration, both of them stayed silent for a bit.

"So what now?" Rahim asked Aminul.
"I guess it has started. The war has started. The Pakistanis killed hundreds of people at midnight." Aminul replied in despair.
"What should we do?"
"I guess we have to wait and keep leniency. Let's see what happens."
"Alright."

Many days passed by and everyone is pavid in horror. By the time, thousands of people were killed and the Pakistani soldiers were prevailing all over east Pakistan. A guerilla force formed in the small village named Gamgarampur situated in West Dinajpur, where Aminul and Rahim lives.

In the afternoon, Aminul comes over at Rahim's residence.

"What's up?" Rahim asked Aminul.
"Nothing much. There is a guerilla force forming at our village. They are going to train people about war equipments. I'm going to join there. What about you?" Aminul asked.
"I don't know. I mean I kind of wanna go, but you know, if things go the wrong way. You know what I mean." Rahim replied.
"Are you insane!? You are refusing to fight for your own country's independence? I didn’t expect this from you. I'm going to join the force. You do whatever you want."

"What are you doing here?" Aminul asked Rahim.
"I'm going with you." Rahim replied.
"Where?"
"To the war."
"Why you never wanted to go. What happened?"
"One day I was staring at some boys and girls who were playing happily in front of our lawn. But then their parents came and took them back home because of the Pakistanis. Then it hit me. If the kids of our country can't play outside independently, then it is our duty to make it safe for them. And here I am. Let's make our country independent."
"I'm so proud of you friend." Aminul said.

And with that, Rahim and Aminul left their abode for the sake of the country.

"Are you scared?" Aminul asked Rahim.
"No. I'm going to freed my country from the rivals. Why would I be scared? Why would anyone be scared?"
"You are right. And everything's going to be fine. Don't worry."
"Yeah you also shouldn't worry." Rahim replied with a long sigh.

The military bunker is a few miles away from the camp. As the freedom fighters reached there, they took their respective positions before the military shebang. The Pakistanis were taking a nap after lunch. As the commander of the group signalled to throw bomb at the bunker, everyone did so. Few of the military soldiers died and others became injured. The fighting started between them. Both the teams are fighting with their highest ability. As it went a little longer, the freedom fighters died one by one. And then it was only Rahim and Aminul and the contraposition had three soldiers left. Aminul took cover behind a tree and Rahim took cover behind a big rock. Aminul and Rahim signalled each other to throw grenade at the left three soldiers. As they did so, the two of them died. But one was struggling with one broken arm as he was injured due to the blast of the bomb.

Aminul and Rahim were screaming "Joy Bangla" as they won the battle. When both of them were approaching to each other, the last enemy soldier with one broken arm, shot at Rahim. Without any hesitation, in a flash, indignant Aminul killed the soldier cogently with his handgun.

Rahim was shot in the chest and instantly winced down at the ground. Aminul sits beside Rahim on the ground.

"Everything will be fine. Just stay with me Rahim." Aminul said to Rahim.
"Listen Aminul. I don't have much time."
"Don't say anything like that. You hear me!?" "Help!!" Aminul cries for help but there is no one to even hear his scream.
"Promise me one thing. You will do whatever is in your ability to protect this country, to get the right to justice, to stand up against crime."
"Will do. Now stay with me."
"And listen. Pass my words to other freedom fighters." Rahim now struggles to talk."Tell my family, I.......love.......them."
"Yes, yes. I will."

And then with a minikin smile on his lips, Rahim said very slowly, "Bangla......desh."
As soon as he said that, Rahim's eyes gently shut down and blood started to flow out from his mouth.

And like that, Rahim died in the arms of Aminul. Without shedding a drop of tear, Aminul unnervingly sat on the ground with Rahim on his lap.

The sun was shining brightly till then. But suddenly, it got covered behind the clouds. Thunder started to rumble as if it is very much angry with something. And then, it cooled down for a bit and started to rain as if it is shedding tears. The drops of tears whose debt can never be paid.

Whose tears are these? 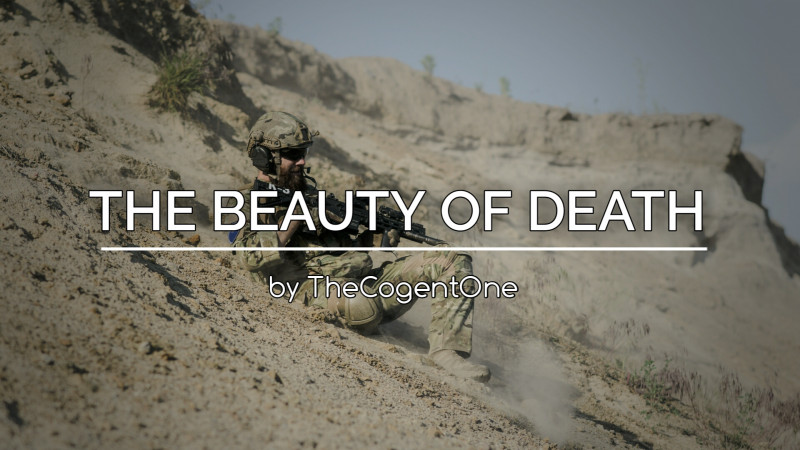