Favorite Quote:
"Outside of a dog, a book is a man's best friend. Inside a dog, it's too dark to read."
~Groucho Marx 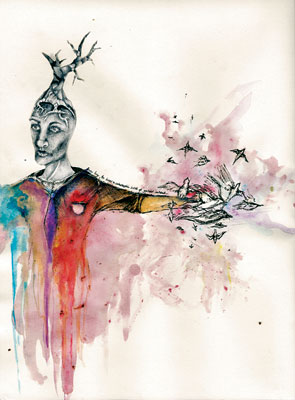 This is my adaption of Harris Burdick's 'The Third-Floor Bedroom'.  I  hope you enjoy!

Favorite Quote:
"You must be the change you wish to see in the world."
-Ghandi