Mist cloaked the Cemetery of Koroke in shades of dismal gray. The tombstones, crooked and broken, loomed eerily out of a dense fog. Blackened trees reached out skeletal hands to the sky where a full moon hung, a bright silver button woven into the dark cloak of midnight.
A wiry figure moved quickly on the cobblestone path, ducking occasionally behind shadowed graves. Not that Hugin really expected anyone to catch him(who took trips to the graveyard in the middle of the night, anyhow?). But you could never be too careful. Especially in his profession.
If you looked close enough, you could just discern a black shape perched upon the boy’s shoulder, blending in with the cemetery’s gloom. And if you cared enough to peer closer, you would notice that the figure was a raven, sleek ebony feathers illuminated with a lustrous sheen in the faint moonlight and bright yellow eyes darting and wary.
Hugin clucked softly and the bird turned her head sharply to stare intensely at him. He held up a scrap of meat in his leather gloved hand.
“Here, Dajak. Here, raven.” Silent and deadly as a striking adder, Dajak’s beak plucked the scrap, recently thieved from the butcher’s shop, from Hugin’s fingers. Then she went back to gazing solemnly at him with those intelligent goldenrod eyes, something that Hugin found slightly disconcerting.
The satchel at his waist clinked as he set a quick, marching pace towards the curved iron gates. Four beads, a silken handkerchief, a golden chain, everything that Hugin managed to find at the graveyard went into the small cloth bag to be sold at the Market on Sabbath Day. Though sometimes larger objects, like an ornate pot or a hack-silver cross, had to be carried out under his cloak. All the more profit for him.
Hugin was a frugal thief. He was careful not to take too much, to be spotted carrying stolen goods. Unlike the more unfortunate citizens of the local underworld. He had seen those men and woman die. Watched them as the noose tightened around their throats. Hugin had seen them many times, the gallows birds, as they were commonly called. And every time he had felt sick. Every time the white-robed priest uttered that dreaded line, “The bell is rung, the book is closed, the candle is extinguished.” and motioned for the executioner to pull the lever, his stomach had been in turmoil. Because every thief in the town of Koroke was waiting for the inevitable: the feel of a rope around their neck.
A particularly gruesome rhyme that a local law enforcer had devised, consisting of three ominous lines, was hummed and murmured almost constantly by the constables:

When the village had calmed down enough, someone went to investigate the jam. When he emerged, sweaty and triumphant, he was holding something tightly in his hand.
A single rabbit’s foot. 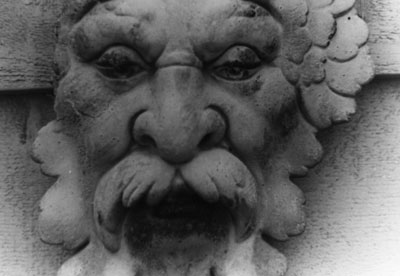 The author's comments:
Hugin is a long-time thief living in the small village of Koroke during the Middle Ages. When his friend,Kyra, is captured because of his own mistake and sentenced to a public hanging,he must do anything to rescue her.

The first draft of this piece was written as a school assignment. This piece is in its fourth and final draft.
Hope you enjoy!
Post a comment
Submit your own

View profile
This was awesome. Very believable, and I loved the ending. Great job!!