MY FATHER WILL REGRET THE DAY HE WAS BORN! HE JUST TOLD ME AT NONES THAT I AM TO BE MARRIED TO THE PRINCE OF KNOLE IN JUST 2 DAYS! THIS IS OUTRAGEOUS! I asked my tutor about Knole Castle, and it definetly where I NOT want to live! It has 365 rooms (for each day of the year) 52 staircases (weeks in a year)and 7 courts (days of the week).(once again Diary, I apologize that I have resorted to writing in such a horrid manner, but Urgh! My father can be sooo…sooo…I had better not say, for I do not wish to taint your beautiful pages dear diary) The Prince is a horrible self-centered swine! I would not marry him even if my father was dangling above a boiling caldron! Although, that is a nice thought… hehehe..
April 31 1325
Okay, that is it! That is the last straw! I have decided what I will do. I will run away, FAR away. I have not decided exactly where I am going, but it must be somewhere nobody will ever find me. And what a better place to hide, than right under their noses? I only know of a few places outside of the castle, here are some of my options: Windsor, Eton Wick, Datchet, Chalvey, Oakley Green, Slough, and Horton. I also thought about a few places outside of Knole: Kent, Northamptonshire and Wiltshire
Now, I’ll need to pack my things if I plan on leaving tonight (which I do) and I’ll have to be extra careful about not letting anyone see me (by anyone I specifically mean my father and Marcus).
April 32 1325
Ugh! This is so difficult! I have to decide what to bring without taking my whole room! I simply cannot choose between my ruby necklace that belonged to me great, great grandmother Queen Victoria and my golden bracelet a diamond and two sapphires on it. I also have decided where I am going, I am going to Wiltshire I also have made a list of all the things that could possibly pose a problem for me on my journey, and believe me, they are not pretty….

While I am climbing off my balcony, I slip, fall, and die and get injured

I get robbed on my way to Wiltshire

I sob, sniff, whimper ruin my dress!
Well, that is it. I have packed and decided to take the diamond and sapphire bracelet. I also have asked the Royal Seamstress to make me some peasant clothes; of course I told her they were for Kye, not me. I told her Kye had bore holes right through his old attire and that she must have “his” clothes finished by sundown or else she would be thrown in the dungeon. She barely flinched when I mentioned the dungeon, but I did not care, for I was far too busy planning my escape. What would she do if she figured out I was running away? Tell my father? Well, no matter, I must not let anyone in on my plan.
Another problem I have is that…well…today is the day when my tutor comes to retrieve my diary! So…I guess you won’t be coming with me on my adventure, will you? Well, this is to be expected, I cannot have everything my way....

To be continued...that is, if you wish to read more about her escape and the adventures she has with her brother...and some other people. i haven't come up with yet. i have not finished writting it yet...if you would like me to continue writing, please comment and tell me to do so. :) thanks for reading this far!
-Toodles!
BunniComixArtist 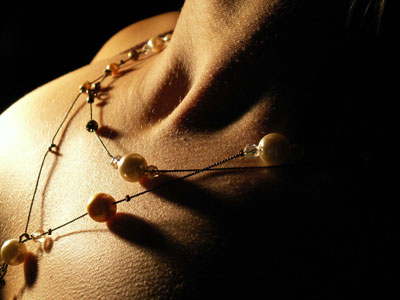 The author's comments:
I hope you enjoyed this part of my story...unfortunately, you cannot read it in the font and format i wrote it in, but alas, all cannot be perfect. About the first half of the story was written in a fancy cursive handwritten font i downloaded off the internet, and at times, Luna was angry and i had her write in a very messy, spidery handwritten font. Also when and or if you get to the -------, that is the end of Luna's diary, and Luna is then in the real world, and robbed of her diary. I had the font change to: High Tower Text, because i thought it fitting for the the story. if you have a chance, try it out on word, its one of my favorite fonts.

sky143 said...
on Jan. 3 2010 at 10:41 am
pretty good, but the spelling mistakes are distracting. Also, you might want to give more back round info before just jumping into the story. it's a little confusing
literaryaddict PLATINUM said...
on Nov. 25 2009 at 11:50 am
literaryaddict PLATINUM, Albuquerque, New Mexico
23 articles 3 photos 157 comments

Favorite Quote:
"We're almost there and no where near it. All that matters is that we're going." Lorelai Gilmore, Gilmore Girls
"The whole theory of modern education is radically unsound." Lady Bracknell, The Importance of Being Earnest, Oscar Wilde

View profile
very good. but historically accurate??? i don't think so. queen elizabeth I was queen in 1558-1603. king edward II was king from 1307-1327 and had 4 children, 2 of which were girls (Eleanor and Jeanne).( http ://www.britainexpress .com /History/monarchs.htm) also, the way it was written is most definitely NOT how they would speak/write in 1325. it would have been old english with many expressions and words that today would be difficult to understand. i like your writing, but next time, a bit more accuracy would bring it to the next level and it would make it believable cuz right now it seems amature and unbelievable. not trying to be mean or cynical, just trying to help you with your writing!!