The midnight train compartments, its seats sparsely decorated with late passengers. Some calmly in slumber, others nerve wrecked, staring out into the darkness only to see their own reflections in the window, surrounded by compartment lights that merged with street lamps outside. A flowing river of silver and gold, within which one numb and scared child was baptized. He curled up in his tiny seat, forehead leaning against the compartment walls, bumping along with the train tracks. With his glasses hidden in his pocket, the entire world was surrounded by mist. He did not squint, or even attempted to make sense of his surroundings: he was afraid to find out where the train was headed next.

In the morning the train arrived at its final stop before the termination station. He awoke to the brilliant sunlight, filling the compartment with a sweet scent of morning dew and freshly mowed lawns. He stretched out his arms, attempting to touch the sun with his bare palms. Sunlight poured through the crevices between his fingers, and, like strands of golden thread, tickled his cheeks and massaged his eyes.

He scratched his forehead and found his glasses. Through the thick lenses, the world became to make sense. He saw on the morning station dozens of people, lining up in orderly queues to board the train. One by one, they thrust their large heavy suitcases onboard, before grabbing the handles by the side of the door and hopping on themselves.

Then, from the entrance elevator, there came a pink silhouette, carrying two large bags in her hands, rushing towards the station. Her long chestnut hair swaying in the morning wind, her round golden glasses almost slipping off of her nose as she ran forward. She lifted her head to prevent them from falling off, but had to look down to mind her steps, resulting a glance of such defiance and bitterness. She got to the end of the line, put her luggage on the ground, and quickly adjusted her glasses to the right position.

He sat up from his tiny seat and stared at the woman. The pink dress, the chestnut hair, the glasses. Too familiar.

The woman boarded the train from the door near him, but turned to walk down the aisles to another compartment. He stood up, and stared at the woman, stepping softly away from him. He knew from her height that she was not his old acquaintance, but it did not prevent him from entering the illusion that it was indeed her. Her, the woman with whom he spent four long years. The pink dress she would wear every summer, the chestnut hair that smelt of ocean breeze. Never had he ever believed that there was a life purpose greater than himself, but with her he understood sacrifice, that her smile was of greater worth than anything he could ever witness. Silently he loved her, protected her from insult and defamation. Like a rosebud, too precious to be stained by pain from the outside world. And four long winters passed, four scorching summers and chilly autumns, as well as lively, blossoming springs. She never knew of his affection.

The woman found her seat in the next compartment. She was no longer in sight, but his glances were fixed on the spot she disappeared. It was also a morning when he boarded the train. The doors closed and the name tag of the station began to run backwards. He headed into the light from the shades of the station. Then he saw the countryside houses beyond the train tracks, the fields of gold and green, the flowing streams of irrigation, the dirt-covered roads…until he zapped back to reality and realized he was on the train, he was leaving. Complete departure, as formal as a ceremony, and he would never return.

He longed for a message, possibly to hear her voice one more time, to see her. Yet the train headed forward without looking back. It was a messenger of fate, forcing him to move on, to return to his own life and leave this prolonged torture of unrequited love behind.

Could he? Could he ever?

The world blacked out and he opened his eyes to two unfamiliar faces, one of a young gentleman and the other of a middle-aged woman in white.

The two exchanged a glance, and the young gentleman sat down next to his bed.

“Time for your medicine, dad.”

The young gentleman reached for his bed-stand and pulled a small white paper box out of a pile of other ones, looking exactly the same. The middle-aged woman handed him a glass of water, and he looked down at his hands, wrinkled, rough with callus, like that of an old man.

The young gentleman forced a pill down his throat.

“I was on the train, so close to her. What did you do to me? Whose body did you put me in?”

He struggled out of bed, only to be pushed back into bed by the young gentleman.

“She’s gone, dad. Mother's gone. You were just at her funeral. She’s not here anymore.”

The young gentleman attempted to put the paper box back, but he grasped it over.

“You don’t understand, I have to see her one last time.”

He reached for his glasses, but could not find it in his pocket. Reluctantly, he squinted to spell out the words printed on the box. 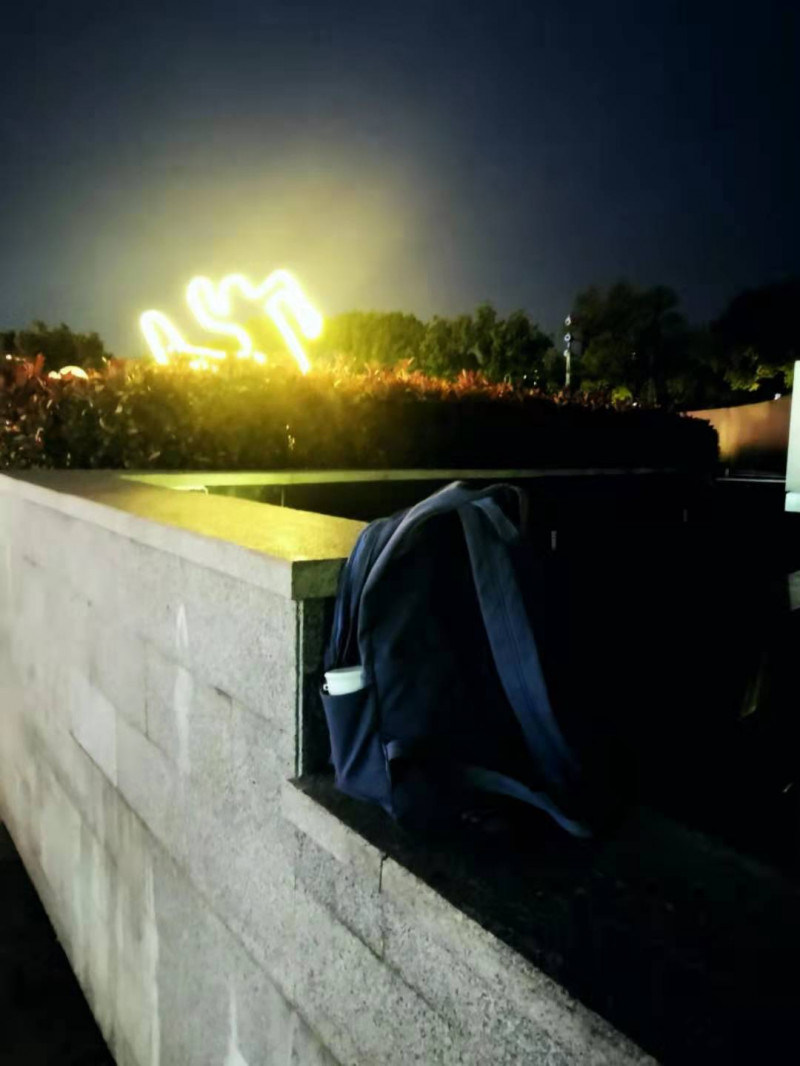