I'm sorry on behalf of time.

I look at the chat. I go to Ender's contact and see whether he has texted me. Nope, he hasn't. Did he forget all about me? Does he no longer think of me? Why does it always have to be girls, missing the boys? Cannot boys miss girls? Cannot they text first? But, Ender, he is really different. He rarely acts like those boys, those regular boys who I always get to see and hear about. And when he said to me, "Amicia Darcy, would you by any chance sing with me at Rocca's shindig? I need a female singer and you can sing so well." I readily agreed. That's when I realised that my name has a value and my singing skill has a value. All because he said those nice words to me.

As days passed, Amicia became Aimee to him and Ender became Thunder to me. We sang and also hang, out together. But, he was older than me. He was in College and I, had to graduate High School. I could not find the time to talk to him. But still, I texted to him and explained all about my situation and he did seem to understand. One day, I found some time and I went to hang out with him. Then, I felt so angry because he teased me saying that I used to get detention for pranking the school snob who I was jealous of. Then, I walked away without talking to him.

He approached me and said, "It was just a joke, Amicia Franklin." Franklin was his last name. I was so shocked. He called my first name with his last name. He then confessed to me that he liked me. I told him that I was a girl who believed in marriages of suitors chosen by parents and I liked him as a friend and not in an amorous way. I also told him that I would be in big trouble if anyone found out that he hung out with me with such an intention. Was he angry with me for that? He did not seem so. He respected my feelings.

Still, I like him as a friend. I cherished our friendship. I missed him a lot. Didn't he miss me? If he did, he might have the faith that I'll see his message and reply once I get time, but he did not even enquire if I'm alive or dead for these weeks or almost a month? Didn't I be that good friend who he expected me to be? Did I break his heart? Did I make a mistake? Even if I did not text him, I miss him. And I'm not texting him because I want to know whether he misses me just like how much I do? Even though he's nor in my chat, he's in my thoughts so badly that I have the hope that he'd text me, and if he did, I text back, "I'm sorry on behalf of time. Please forgive me." And I shall sing my chorus of apology to him.

And I thought of you, only if you could look

I cannot find words that are perfectly sublime

To sing this song, but I have to grab the hook

And say, I'm sorry on behalf of time.

I'm sorry on behalf of time. 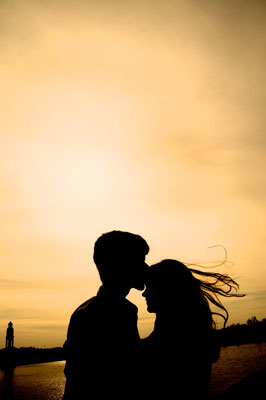 If such a thing happens to you, why Don't you drop her a message? If you did, you have done your part. She shall text you back by however finding time because she does not have the heart to leave you unanswered.

Trust me! Just text her! Everything will change. And you'll thank me someday. But do not thank me. Thank my Uncle, because My Uncle and Aunty were like Ender and Amicia but still, Aunty married Uncle and they have 5 kids together. Just one text changed their life.

This advice is not only for love but also for friendships. Just one text can heal your broken friendship. Get rid of your ego and just drop it. Because only a girl can guess what is in another girl's heart.

Thank you for taking your time to read this fully. Have a blessed day. May your broken love or broken friendship heal! And remember to just drop her a text. Wherever she is, she shall see it and I guarantee it.

So, just drop the text. Come on, drop it.

Previous Next
Fiction
Beneath The Bricks of New York
By Anonymous
Fiction
The Past
By Babyz BRONZE
Tooele, Utah
Babyz BRONZE, Tooele, Utah
2 articles 0 photos 1 comment

View profile
Hey! Add me on Stars - Private, Fun Messaging for all!