The Hidden Temple (chapter one)

Once upon a time, in a deep jungle, there was a village with small, grass-roofed huts. In each hut lived a small family, gathering in the one-roomed dwelling only to eat and sleep. Only the wealthy and powerful families—very few—lived in large, roomy two- to four-story mosaic-tiled mansions.

The rich ate delicate foods, such as wild boar baked in a huge clay oven and covered in a delicious berry sauce. They slept in wide, comfortable hammocks, covered in mosquito netting, being fanned with long-handled fans by slaves.

The poorer people slept on simple mats made from dry grasses and covered themselves with a woven, brightly-colored blanket made by one of the women of the family, who were taught by their own relatives to weave, clean, work in their large garden, and keep house.

Among these people was a girl named Kaleesha. She was the daughter of the Leader of the village, and so was respected and spoiled by everyone there. As the role model for the entire young female population, she was expected to dress modestly but show that she was of the upper class.

Or she had been, before her mother had died of the dreaded Black Fever. The healing-woman said that Jay-la had spewed black water, but Kaleesha was sure her mother would never have gone near the Black River, let alone drink from its murky, stinking mess. Her mother had been the kind of person who hated anything to do with nature, and who spent excessive amounts of time at parties, planning parties, and gossiping with the other wives of the Leader and anyone else from the rich class who cared to listen to what she had to say.

Kaleesha's mother bragged about Kaleesha constantly, as she was the only child of the Leader. She forced Kaleesha to learn to sew, cook exotic meals, and weave blankets, almost as well as the poorer citizens. This was all to impress the residents of the village, who truly cared nothing about the feats of a rich girl and only wanted to get back to those ever-growing weeds and the vegetables that lay spoiling under the merciless sun. But it was traditional to go to the village square once a year, to witness the Leader's child perform feats that were, to Kaleesha and the other rich people who did nothing, amazing.

Now that Kaleesha's mother was gone, Leader, along with everyone else from the upper class, fussed over Kaleesha more often. Leader was sure that she needed and wanted a friend, even though she insisted that she was fine. And she was; her mother had never been close to her. She had been too involved in her own life to notice Kaleesha, apart from the times she was bragging. But even then, Kaleesha had been a temporary plaything for Jay-la.

And now Leader was searching the nearby villages for a friend for his only child, who was now officially motherless. He told himself that he could not fail; he had already made one too many mistakes and wasn't ready to make one more. He met with army and soon an attack to a village two days away was organized. 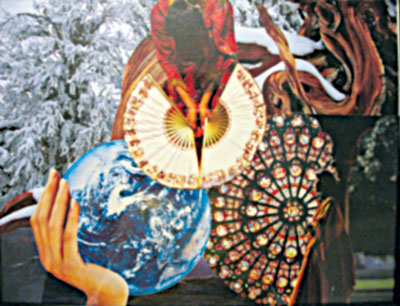 Favorite Quote:
"The seat of knowledge is in the head, of wisdom, in the heart."~William Hazlitt
"Be yourself, everyone else is taken."

View profile
Thanks! Read my other chapters and see what you think of them!
brianj BRONZE said...
on Feb. 26 2010 at 12:33 pm
brianj BRONZE, Jeannette, Pennsylvania
3 articles 10 photos 54 comments

Favorite Quote:
"the real trouble with reality is that there's no background music"
"i don't suffer from insanity. i enjoy every minute of it."
“Our deepest fear is not that we are inadequate. Our deepest fear is that we are powerful beyond measure. It is our light, not our darkness that most frightens us. We ask ourselves, Who am I to be brilliant, gorgeous, talented, fabulous? Actually, who are you not to be?” -Marianne Williamson. Trying so hard to believe this but SO not succeeding…..

View profile
it's very descriptive, and that can be a good thing. but it may be too much...... i think you have something good going here but it might need some more background info to get the whole picture. so far it's a great start! keep up the good work! :)
Ambie BRONZE said...
on Feb. 22 2010 at 8:12 am
Ambie BRONZE, Millville, Pennsylvania
4 articles 0 photos 43 comments

View profile
Great story-but it is kind of crowded w/detail! Do you get what I mean?