Sometimes, even the best of friends can get into a fight over something stupid. Case and point, me and Roxy Taylor, my best gal pal since the second grade. She currently won’t talk to me because of John Cusack. Why this quarrel happened? Well, for starters, I do not find John Cusack a very good actor. Maybe it’s the stupid roles he’s played in or just his acting that stinks. Roxy finds him to be an excellent actor, who is as great as Johnny Depp and Brad Pitt. It started out as this minor insignificant clash of tastes, to Roxy screaming and crying, saying I “don’t value her opinion on anything.”
I guess I should be used to her dramatic outbursts by now, but it still gets under my skin. Right from the get go I knew we would have a few hard moments in our friendship. We are so different it’s hard not to butt heads sometimes. Ever since our first meeting in grade school, the differences were clear. She was the talkative, loud, and defiant one of the classroom, who was always sent to the Dean’s office. Whenever a kid called her a name, she would cry and cry and no matter how much candy the teacher offered her, nothing could stop her tears.
In middle school, she was in all of the schools plays. She got the lead roles in all of them except one. That was the worst week of my life. Roxy would come over to my house and sob for hours over “her acting career never happening.” And when she got a hold of herself she would mutter insults that only a sailor could utter, about the girl who got the lead role instead.
When ninth grade rolled around, Roxy started expressing herself in ways I could never imagine anyone else doing. Roxy has always had a love for obnoxious bright neon colors. But when she started to wear them, it was a bit…shocking, especially since she clad herself with stuff straight out of the 80’s. Once, during our freshmen year, she wore leg warmers, bright orange leg warmers. Our sophomore year was even more mortifying. She still wore her 80’s attire and her hair up in a super high pony tail, but when she was off school campus she would feel the need to try and be sexy. What do I mean? Well, just imagine a girl, dancing in the middle of the street, wearing nothing but booty shorts and a sports bra. She would put on her head phones, listening to whatever Spanish music was on her mp3 and move her hips for all to see. She also started to wear makeup, something I think she has not yet achieved in making it look normal. She still looks a bit clownish.
Sometimes I wonder how we could possibly still be friends. I am the polar opposite of her. I’m quiet, keep to myself, I don’t dress from the 80’s, or dance in my underwear in the middle of the street. I just am me….
Perhaps it has something to do with the fact we are both not popular. True, Roxy is known around school. But she doesn’t exactly have a lot of friends. Me? Once a kid, Kevin Hotness (his name is actually Kevin Haddness, but he is too gorgeous to be called that boring name) he turned to me to ask for a pencil. “Hey,” He said smiling that perfect, to die for smile. I had a dream about this very thing once. That Kevin would dump his sleazy blonde Barbie doll girlfriend Erica and ask me out. He leaned forward, closer. It was a bit fast for a kiss, and in the middle of class? But who cares? It’s Kevin Hotness for crying out loud! “Are you new here?” He asked.
I crumpled, my heart broken in two. “We’ve been in the same class since kindergarten.” I shoved the pencil in his hand and stormed out of the classroom, humiliated. Ah but alas, the life of a teenage nobody isn’t an easy life. I would be lost without Roxy. Hopefully, she can forgive me tomorrow over hot cookies and lemonade at my house. 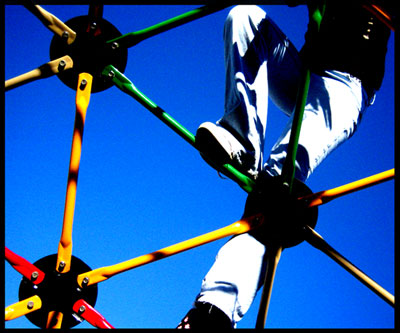 The author's comments:
I was writing this on a blog of mine and I was wondering what people thought of it.
Post a comment
Submit your own