I stared out the window as our plane pulled away from the Atlanta airport.
Goodbye Atlanta….I thought sadly. I quietly read a good book as we waited for the plane to take off, getting lost in it, all my thoughts and worries disappearing for those moments. As the plan turned, and began to speed down the run way, I put the book down, not being able to read any longer. Our plane went faster, and faster, and was thinking goodbye, goodbye, goodbye.
I felt so sad to be leaving this city. It had become my home, while I’d lived there. Now I was moving back to some small, worthless town in New Hampshire that I barely remembered. I had been living in Atlanta with my mom, but she had to go teach in France, and would be traveling around a lot with no space for a thirteen year old to tag along. She’d said I wouldn’t like it there, and that I didn’t even speak French. So had to go live with my dad. It didn’t matter to me whether I moved to New Hampshire, or traveled France. Either way I had to leave Atlanta, and the wonderful life I had built there.
The plane lifted off the ground, and my heart started breaking. I didn’t want to leave, and I never would, nor would anything ever want to make me live. It was my home, and I had just been ripped away from it. I starred at the ground below now, simply observing. I saw the tiny little suburbs of my city. I had lived right in the middle, not in these little neighborhoods. I looked for swimming pools, which were so easy to spot from above, just because of their bright blue color.
Soon, clouds covered the ground below, and I thought for the last time, Goodbye Atlanta…. 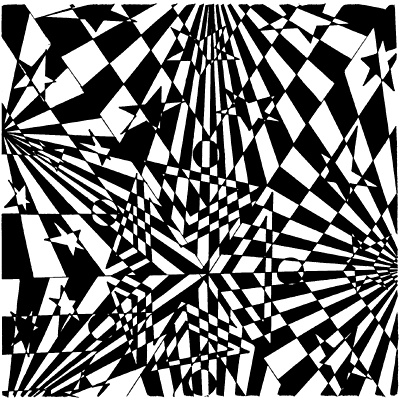 The author's comments:
I actually wrote this, pulling away from the airport on a plane in Atlanata.But I don't live there. It was just a connection flight. I just felt inspired.
Post a comment
Submit your own

View profile
haha I know what you mean. it wasn't exactly planned out anything, just sometihng i got sudden insparation for and wrote on the spot
SpringRayyn PLATINUM said...
on Feb. 13 2011 at 11:28 pm
SpringRayyn PLATINUM, Lakeville, Minnesota
34 articles 2 photos 658 comments

View profile
I could feel the emotion so easily in this one! I like how you described things throughout. The ending was good, if not a little clique (did I spell that right?).
Coffee BRONZE said...
on Feb. 10 2011 at 4:25 pm
Coffee BRONZE, Tallahassee, Florida
4 articles 5 photos 184 comments

Thanks! and hmm i guess i never thought of that. Well if i ever edit this story, i will remember that. Well, like i'll try to remember it writing now too, but if i do edit it- oh whatever i think you know what I mean.

View profile
i love the emotion in this story. good job! my only complaint is that you sometimes use too many words to say some things. "I put the book down, not being able to read any longer" could easily be "I closed the book, unable to read any longer." not a big deal, but the less syllables there are, the smoother the story becomes.
Coffee BRONZE said...
on Feb. 6 2011 at 3:12 pm
Coffee BRONZE, Tallahassee, Florida
4 articles 5 photos 184 comments

yep, the only recent thing i have on here is Splash I think. and flames if it's been approved yet. Please look at those if your interested.

Thank you so much for commenting!

View profile
i love how you put emotion into this!! i felt really bad for the character!! great job!! There are a few errors but that's understandable it happens to me too!! other then that i loved it and i really enjoy your style of writing and i would love to see more pieces of writing from you in the future!!
Coffee BRONZE said...
on Jan. 23 2011 at 1:15 pm
Coffee BRONZE, Tallahassee, Florida
4 articles 5 photos 184 comments

Thanks! Yeah, it's never been edited, so it's a little rough.

And of course! I love the forums

Favorite Quote:
- I stare danger in the face and giggle
- Never argue with an idiot, people might not know the difference
-R.A.P (Retards Attempting Poetry)
-Tip Cologne ryhmes with alone

View profile
btw- do you mind checking a chapter of my story that I posted on the forums entitled 'Chapter 1, please read and critique'? When you have the time. I need all the help I can get.
_Mags_ SILVER said...
on Jan. 20 2011 at 6:41 pm
_Mags_ SILVER, Somewhere, North Carolina
9 articles 7 photos 436 comments

Favorite Quote:
- I stare danger in the face and giggle
- Never argue with an idiot, people might not know the difference
-R.A.P (Retards Attempting Poetry)
-Tip Cologne ryhmes with alone

View profile
I like it though are a few mistakes/ typos. I saw a few run on sentences and some spelling mistakes but that's it.
Coffee BRONZE said...
on Jan. 9 2011 at 11:05 am
Coffee BRONZE, Tallahassee, Florida
4 articles 5 photos 184 comments

Yeah it's about 6th months old and written in the summer. My spelling/gramar was a little rusty.

Thank you!!! I'm glad you all commented on my work!

A couple of minor spelling mistakes, like "Atlanta", "plane" and some grammar issues, but it doesn't affect readability.

I think you did a good job channeling your emotions into this article. Overall, great job(:

Thank you!! yeah, I was just thinking about what it would be like to be moving. For that to be your last glimpses of the place you lived. And then bam I got out my laptop. (we didn't really have much to do)

Thanks! I will consider that, actually.

View profile
i like the way you got inspiration and wrote it on the plane then and there!! i always do stuff like that!! Maybe you could expand and put it into a short story or something...well done!!
Coffee BRONZE said...
on Aug. 17 2010 at 9:16 pm
Coffee BRONZE, Tallahassee, Florida
4 articles 5 photos 184 comments