The Runaways Chapter One | Teen Ink

The Runaways Chapter One

I arrived at my house within ten minutes. I opened the front door. No one was home. Thank God! I ran over to the shelf where we always kept the keys. Both my mother's and my father's keys were gone…They only did that when they were mad at each other. I bit my bottom lip. I didn't want this to happen. The only thing I could do was to take my truck.
But, I decided to stay for a little longer. I walked one of the two halls in our house. I ran my hand on the wall, walking absently.
I walked into my room. I sat down on the bed, looking at the family picture.
My mom was holding Lily, my younger sister.
We don't know where she went. She disappeared when she was only six. I was nine. I looked at the photo again. My Dad was standing next to me. We were a happy family then. If only Lily was still here…if only.
I stood up and walked outside. I got into my truck and started it. I pulled out of the driveway, hitting the curb—as usual. I drove my truck around the corner then down a highway. I stopped at the red light.
When I looked in my rear view mirror I saw my mother in her car two cars away from me. I pressed on the gas, right when the light turned green. I made a sharp turn, driving onto a forest trail. I rode the twisted path up a hill and then I saw her house.
My friend Livvi would understand. I parked behind her house. Don't ask me why she picked the only house in the middle of the woods.
I got out of the truck and knocked loudly on the back door. Livvi opened the door quickly. Within a second I was in her house, and Livvi was in my face.
"What the heck are you doing, Raven? What happened," She asked. How the heck did she know that something had happened?
"H-How do you kn-" She cut me off.
"Raven, your dad called the cops on you! It's all over the radio!
She laughed dully, as if it were just a programmed reflex. “You’ve got to remember; this is a small town, news travels fast here!" Livvi's bleach blonde hair was messy as if she had just woken up.
I was in crisis mode, and in crisis mode, I tended to realize (and say) stupid things. I looked at the clock above her head. (Crisis mode, remember. Yes, I was just chased by cops my addict father set loose on me, and I want to know the time.) Seven twenty, it read.
Wow, earlier than I thought. Livvi's hand grabbed my arm tightly, bringing me into focus. "Raven, back to Earth!”
“I—” I started, but then the phone rang.
Livvi rushed over to the phone, grabbing it and putting it to her ear.
"This is Livvi Jackson…Hello, Macey." My eyes widened at my mother's name."Looking for Raven?" Livvi looked at me. "No, she's not here...No I don't know where she is...Okay, yep, bye." Livvi hung up and turned to me.
"There's no time to tell stories. Your mother is on her way right now! She's just entering the woods. You need to go." Livvi was already pushing me out the door. I was on the steps when I threw her my keys.
"Take care of my truck. I'll come pick it up." I said, turning.
"Okay…and Raven?" I turned. "Yeah Livvi," I asked.


"Take care and stay safe." I nodded my head and turned back to the forest.

The dog, my dog, whimpered.
I grinned then patted his head, standing up. "Well, you're Kinko now. And you're staying with me."
Kinko wagged his bent tail and licked my hand twice.
There was an officer's shout and I ran into the forest, Kinko by my side. And well, I followed the two I had seen earlier. I ran after their careless tracks in the woods (they’d skidded in the leaves every few feet, leaving a very easy trail to follow) until just after the sun had completely set. Then Kinko and I came to their destination.
It was a two story fixer-upper, like a shack, kind of a house and was all lit up from the inside. A small garage stood next to the house. Then it hit me: I needed somewhere to sleep.
I couldn’t go walking into the house or anything. I mean, what would I say, "Sorry to intrude, but I just followed you all the way through the forest, and can you let me sleep here?" No, so I’d sleep…in the garage. I went in quietly and found some dusty but clean enough army blankets, made myself a bed on the floor and fell asleep immediately.
It was like that for a couple weeks. Kinko and I went into the city in the day, I slept in that garage at night, and Kinko would sleep outside in between the house and garage. I would take showers at the local indoor pool (I paid to get in) and I used the money I had in my bag for food. After two weeks, though, my money was running low and so were my spirits.
Then, it happened.
One day, after a particularly hard time finding something I could afford to eat (I was now officially broke) I went back to the garage but found I couldn't sleep. I finally lulled into a half-awake, half-asleep kind of state and waited for full sleep to come. Just as I was dropping off, I heard a creaking door slam—it was the door to the garage. Crap.
I lay dead still and barely breathed. I heard swearing and then the clatter of a tool box only a yard from my face. Screws bumped into my hand and face. A huge hand searched blindly in the dark, then a foot caught on my stomach and tripped over me.
"HEY!" A male voice boomed.
I was dead meat; BIG time. I threw off my blankets, mad at him for ruining my almost-sleep and my set-up, no matter how starved it might be.
"WHAT!" I screamed and realized this was the first time in weeks that I’d actually really talked to anyone.

I think me being rude back had an impact on this guy. He faltered, but just for a moment.
Kinko bounded into the room, stalking closer to the guy who woke me up.
"Kinko, come here." I ordered. He bounded over, and I gripped the bandanna tightly.
"WHAT THE HECK ARE YOU DOING IN MY GARAGE?" He yelled.
I fumed back…loudly. "I’M SLEEPING, YOU CRACK-HEAD!"
In my head, I could see myself just then; disheveled-looking; wild hair, blood-shot eyes, sprouting talons as I prepared to rip this dude’s heart out, fire erupting around me, lava spilling around the garage, engulfing this kid, and I would stand on a lone piece of rock, laughing madly, the charred remains of the guy’s body seen in my eyes.
"KARLIE!" he shouted.
I heard a loud noise, like something being dropped and then a door opening and slamming closed, and then shuffling footsteps.
"What?" A new girl stood in the doorway. She looked to be around fifteen, but she was almost as tall as me... almost. Her straight, long brown hair was messy and her brown eyes took in the scene in seconds.
"Oh, I see. Bring you're little girlfriend in here to kick me out, huh?" I spat. Kinko growled.
She cussed under her breath and then looked at me again. She studied me and then glared. "He's not my boyfriend. What’s your name?" She asked.
"Raven," I said. She nodded. “Why are you in our garage?”
I rolled my eyes. “Well…what does it look like I’m doing? I’m sleeping.”
“Why?”
I wanted to scream at her, no, I really actually wanted to sob, but there was NO WAY that was going to happen. Instead, I just said, “Because I’ve got nowhere else.” The girl’s expression softened a bit, but the boy was still furious.
“No.” He said, turning to her. “No.”
“Drake, we have to—” He cut her off. “No.”
The girl got a fiery look her eye then. If it had been a comic, let’s just say that her eyes would have been reflecting fire, a trench of bones would have opened up behind her and her hair would have flared up around her as steam came out of her nostrils.
Drake took one look at her, and then surrendered. “Fine”
And so I took up residence with Karlie (which I later found out was the girl’s name) and Drake. 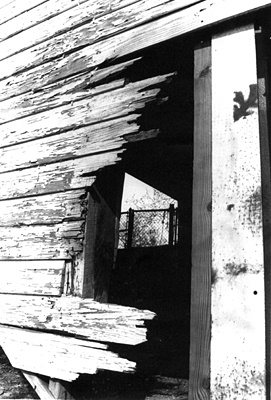