Elephants in an Old House

The Elephants. They are my earliest memory, great big and barging through the house. You would think I was asleep the way their gray eyes lumbered towards me. But I wasn't. My mother knew about them too. When I was a little girl I had tried to tell her about the Elephants. She quietly silenced me telling me to hush it was just my imagination and maybe...maybe I needed more sleep. But her eyes betrayed her. I watched as they followed the Elephants' paths across the room. Her eyes were almost worried when her gaze returned to me.

I never touched one, though I know I could have. There was something dark about the idea of touching one of them, like once I'd felt something that couldn't exist I would become different. Marked somehow. Even as a small child I'd understood this. I had no impulse to reach up and grab at them as I would a butterfly.

The day I turned 18 I left that house. That terrible house with Elephants trooping everywhere, with bumps and creaks in the night from heavy foot steps, with secret things left unsaid chasing down our future.

My mother lived there everyday she could. She sat in that house with it's festering pains watching the Elephants, and never truly living in today. When she was old we saw her begin mind fade. When she had been moved to a nursing home, when she had forgotten her own daughter's name, when the past ruled her mind, and she would wail in the night, crying big round tears for things unspoken and wait for the Elephant's to come and comfort her. 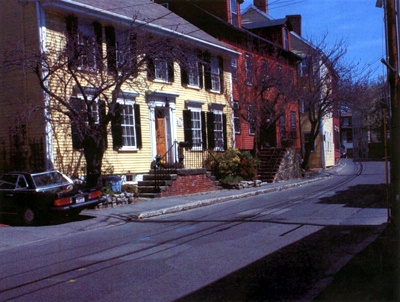