Favorite Quote:
Theres so many that I can't pick sorry

Emily and her boyfriend Spencer was over at the skating ring, sitting at a table sharing a tray of cheese fries. Glancing over at his lovely girlfriend Spender smiled softly as he ate another frie. Noticing her boyfriend smiling, she smiled at him as she gently intwine her fingers with his. "Your amazing Spencey" said Emily as she pecked his right cheek. Blushing slightly Spencer said "So are you Em but your so cute" as a smirked formed on his face.

Kissing her hand gently they heard a voice. "Ha, ha check out prince Romoan" said a boy. Looking up Spencer saw two boys around their age. One in a red beanie, neon green hoodie, saggy brown jeans, had light blue eyes, wore a cocky smile and tan skin. Beside him was a boy in a white short sleeve with the words: Zchool Zucks! in bold marker over a red sleeve. He had sandy blondish brown messy hair, dark green skinny jeans and had a pair of skates over his left shoulder. "It's Romeo Einsteni" corrected Spencer as he eyed the boys. Looking over at the boys Emily scroft and looked away.

"Whatever dude, say cutie wanna hang out with us real men" said the beanie boy as he smirked at Emily. Rolling her eyes at him she said "No thanks I don't like idiots" chucking to himself Spencer smirked. "You think that's funny eh punk!?" shouted the boy as he glared at him.

Glaring back Spencer stood up face to face with him Spencer looked down at him and smirked more. "I would back down now if I was you little man" commented Spencer. "Oh please you ain't gonna do nothing" said the boy as he glared. "Yeah, say hot stuff wanna come with me to the Raven I can make you feel real good" said the boy with skates as he checked Emily out. Feeling his blood shoot up Spencer clutched his fist. A shiver fell down her spine as she watched the boy check her out. About to deck the boy in his face, Emily stood up from her seat, walked up to the boy, placed her hand on his shoulder and smiled sweetly. "I would love to but you what" she said as she batted her eye lashes at him. "What's that sweetheart?" asked the boy as he leaned closer to her. Trying to calm down his breath and not try to break that guys teeth Spencer held onto his fist tighter. "That your a big" started Emily as she traced her finger across the boy's shoulder. "Yesss" said the boy as he smiled more. "A big JERK!" yelled Emily, swing her foot at him she kicked him in his nuts. Groaning loudly he collapse to his knees cupping his area. Laughing his ass off Spencer held onto his stomach. About to punch him, the other boy raised his fist but was grabbed onto. Shooting daggers at him Emily threaten to break his nuts as well if he laid a finger on her boyfriend. Nodding his head wiley the boy dashed out the ring. Smiling at his wonderful girlfriend Spencer wrapped his arm around her shoulder as he said "That's my girl" smirking at him Emily wrapped her arm around his waist "You know it hun" she said as they walked out laughing.

Leaving their cheese fries behind 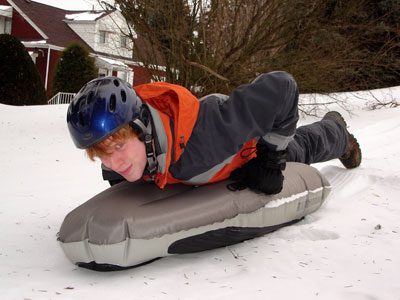 The author's comments:
My girlfriend told me a story about the time she was at the local skate ring and these boys where smirking at her and I came up with an idea.
Post a comment
Submit your own