The Wedding, the Satirist, and the Lasagna | Teen Ink

The Wedding, the Satirist, and the Lasagna

So there I was, a potato gun in one hand and a couple of Nerf darts -- the kind that stick to your ceiling and nothing else -- in the other, staring over a massive sea of relatives who I didn’t want here in the first place.

It wasn’t as if I despised every family reunion I had ever been forced to attend. No, they had a reputation of being either the best or the worst days of my life, the best being those where Mother’s countless hours of watching Julia Child cook went up in flames, and the worst being those when she decided to bring one of her fellow political writers for me to strike up conversation with. Not that the year she dragged along a political satirist running for the Anarchist party wasn’t funny. In all fairness, though, this was shaping up to be one of the better years, before my family informed me that it was going to be held at my house.
And after that every minute I spent in peace and quiet was to be cherished like it was the last moment of my life, before relatives started piling up at the door and my nephews (who had apparently been diagnosed with ADHD only a couple weeks before the reunion) had showed up with the matching potato guns and water guns and Nerf guns and pretty much every type of plastic Wal-mart weaponry on the face of the planet and promptly declared war on my living room. Not that I ever really liked those throw pillows Mother had gotten me for my birthday last year, along with the lacey pink party dress that I think was her way of telling me I needed to get a boyfriend before she registered me with an online dating program.
“Syra!” called my mother with a cooing voice. Oh, great. Another gentleman here to see me. Maybe he’d be a cop this time and arrest me for sweet-talking my way out of all those parking tickets I’d gotten back when I was in college.
“The lasagna’s ready! Your whole family is gathering to eat!”
My family? She was the one cooking for them, despite the fact that we only ever ate her lasagnas to make her happy. They were blackened to a crust and tasted like a party balloon left out in the sun for too long, but we’d all had our fair share of choking down Mother’s family dinners while sharing our fond memories of the times when Mother would cave and buy us takeout. But that was before Julia Child the cooking instruction manual and Mother’s conclusion that watching the old Food Network channel automatically taught you how to cook.
With a plaster smile glued to my face, I dropped my nephews’ war toys and made my way to the patio, where relatives from all over were gathered for the sole purpose of choking down my mother’s homemade lasagna. I tried to place names to all the faces, but didn’t family reunions exist so you could meet all the relatives you never knew you had, because they were so irritating your parents never asked them to visit when you were a kid?
I sat down in my favorite plastic patio chair that had lived a rather sorry existence on my back porch. Tipped over backwards so many times that I’d racked up a hospital bill for smacking my head against the porch, stolen by the neighbors and used as a chew toy when their bulldog had puppies, and even half-melted from the day I accidentally dropped it into the fire pit.
“Oh, Syrah, glad you could join us!” Mother cried, patting my shoulder affectionately. It took all of my effort not to flinch. “We were just talking about your cousin’s wedding!”
Brilliant. Another guilt trip. The last thing I needed was to hear my mother indirectly harp on my for my lack of a love life.
“Your cousin looked so beautiful in that strapless gown! Everyone in the crowd was staring up at her in envy.”
“Mother,” I growled. “I know you wanted me to wear a dress like that, but you know my problem with wearing anything that has an open back.”
“Yes, yes, I know.” She waved me off as if it was nothing. It wasn’t nothing. “It’s why you don’t wear swimsuits anymore. But honestly, darling, it isn’t that embarrassing.”
It was. And it hurt, too. I was sixteen years old when it happened. Our toaster was broken, and like every other teenager on the planet, I was living off of Eggo waffles and McDonalds’ lattes. I’d removed the grates from the inside of the toaster and placed them -- still hot from my discovery of the broken household appliance -- on the kitchen floor. Like the moron I was, I forgot about them, and when I went to put the toaster in the dining room where I had more space to examine it, I tripped over them. And fell on them. And they burned my back. It was possibly the most humiliating trip to the emergency room I had ever taken, and I’ve been to the emergency room for pretty much everything, including getting my cell phone stuck to my ear with super glue.
I still have the toaster pattern on my back, and I don’t wear swimsuits or open backed dresses anymore, because I’d prefer not to have my nephews playing tic-tac-toe on my back-side. Not that Mother cared.
“Anyway, Helena looked so beautiful in that wedding dress. Really, Syra, you should consider marriage.”
“Only when I meet a man who isn’t a jerk, isn’t a cop, and isn’t a political writer.”
“Oh! While we’re on the subject, I’d like you to meet Derek! He’s running for mayor.”
But I had already discovered my life-long soul mate, and his name was Asprin. 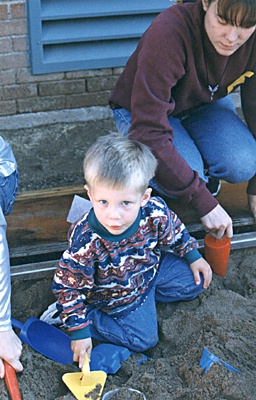 The author's comments:
This piece is also a part of a longer novel that will serve as the beginning with a few necessary tweaks. So here, I think, it works as a short story. It's sorta cynical, I know, but it's my way of venting in the form of a thirty-year-old hermit...
Post a comment
Submit your own

View profile
Thanks! Syrah is the name of my deranged space captain in Legacy of the Silverface (full-length novel I'm writing), and because I never thought I'd be publishing this on here, I named this character Syra without the 'h' so I could tell them apart. But I must have thrown in a typo somewhere... thanks for noticing that. Glad you liked it. :)
LaChouette GOLD said...
on Nov. 2 2013 at 1:02 pm
LaChouette GOLD, Mount Vernon, New York
12 articles 0 photos 146 comments

View profile
I really like this piece. There are nice hints of sarcasm and humor throughout and it really just sounds like a good story. The title is very clever; it immediately drew me in. Your tense is very consistent; I did see a few small spelling errors. Is the lady's name 'Syra' or 'Syrah?' I saw both of those spellings and I'm wondering which is correct. Other than that, awesome job!