Favorite Quote:
"That's who you really like. The people you can think out loud in front of."
-John Green

The Bus Stop
Him: I woke up that morning feeling no different than usual. I stretched my arms, yawned, and looked around my room. It didn’t look any different: the curtains were drawn, clothing was strewn across the floor and there was a stack of books on the desk by the window. I heard birds singing outside and sighed with contentment. I had just graduated days before, but nothing had changed. I still woke up, dressed, ate breakfast and brushed my teeth. I wouldn’t be leaving the city, and I wasn’t eager to. This city was all I’d ever known, and it was all I wanted too. I never got tired of the burgers at the local diner, and I didn’t mind the potholes in the streets. I secretly liked the frequent rainstorms, and it didn’t matter to me that the mall was tiny. This place was home. Graduation and the fact that almost everyone I knew was leaving couldn’t take that away from me. Nothing was going to change.

Her: I left early that morning, my stomach turning in on itself as my heart thumped with anticipation. I pulled out of my driveway and headed down the road. My hands gripped the wheel tight. I couldn’t believe that I was finally leaving: I was finally getting out of this place and making something of myself. Life was beginning: in approximately twenty minutes I would be gone, free to go anywhere I wanted.

It wasn’t until I passed by his house that I started to feel sick. My stomach did a cartwheel and I slowed down drastically before coming to a stop in the middle of the road. His windows were drawn, and I couldn’t help but feel guilty. He knew I wasn’t sticking around, but he definitely wasn’t expecting me to make a run for it only two days after graduation. We were best friends. Best friends were supposed to say goodbye.

I pushed the thought out of my mind and drove away, leaving all thoughts of him and everyone else behind me.

Him: She wasn’t answering her phone.

Her: He was calling me: I could hear my phone ringing inside my purse.

No one speaks.
“I sent you a Christmas card last year,” He says softly.
“Oh, really?”
“Well, my mom did.”
There’s a silence. The girl feels horrible. She stays calm, cool and collected, her face drawn. “Oh. I guess… I just never got it.”
“Oh.” He smiles sadly and turns away again. The seat of his jeans is soaked, but he doesn’t seem to care. Deep down, he is just happy to be here: sitting on a curb in the rain with his best friend.
“So what are you up to lately?” She asks tentatively, holding her purse close to her side. Suddenly, she doesn’t look so confident. She’s almost the same girl he met nineteen years ago in preschool. She was tiny back then, with blond pigtails and pink overalls.
The boy looks up at her. He’s embarrassed. “Um… still in school. I’m working at that diner downtown, too. Part-time.”
Six years ago she’d have known what ‘that diner’ was. But she can’t remember. Her cheeks turn slightly pink. “Right.” She clears her throat and looks away. “Good for you.”

Shockingly, she says it first, “Well… I miss you.”

The boy doesn’t hesitate. “I miss you too.”

She can’t stop herself now. “I have friends…. at home… but they aren’t as great as you.” She holds her breath, waiting for his response.

He smiles. This time it isn’t so melancholy. “Uh… thanks.” Both of them laugh nervously.

“Sorry for leaving?” The boy asked.

“No, I’m sorry for not saying goodbye,” She replies. “And not coming back for the holidays, or answering your calls…”

There’s another silence. There’s the sound of wheels on pavement and the bus rounds the corner. The boy stands. The girl’s hands drop to her side with relief.

There are only two seats available on the bus, and they’re side-by-side. The boy and the girl hesitate before sitting down together.

They don’t talk for the whole bus ride. Three stops later, the girl stands. The boy’s stomach clenches.
“Well, this is where I get off,” She says briskly, in a professional tone. She hitches her purse up higher on her shoulder. “It was nice talking to you.”

The boy bobs his head, not meeting her eyes. He isn’t ready for her to leave again. “Cool. You too.”

He smiles with a rare, simple joy. “Okay. I’ll see you around.”

She smiles, too. Her face relaxes and she looks almost like the girl he saw when they were thirteen years old. His best friend. “Well… just in case… Goodbye.”

“Goodbye,” He replies. Suddenly, they’re both on the verge of either crying or laughing. She waves to him and then hurries to the door and climbs down the steps, disappearing down the sidewalk. In seconds, she’s out of sight. The bus starts down the street again, heading to its next destination. 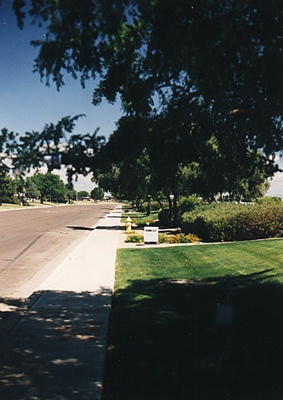 The author's comments:
This is pretty much a story about friendship and how when you are or were really close to someone, you never really stop caring about them. I liked the idea of having a boy and a girl as 'just friends'. I hope that people will enjoy this short story.
Post a comment
Submit your own