Favorite Quote:
I have not failed, I just found 10,000 ways to not succeed.

All that we see or seem is but a dream within a dream.

“This is it,” studying the old, wooden shop, I murmur to myself. Taking the “help wanted sign and muttering words of self-esteem, I enter into my new opportunity. Inside there was a dozen of wooden cuckoo clocks, all monotonously ticking with each other, making one grand tick, anticipating the next tock.
“I would like to speak to the owner, please?” curiously looking around for the shopkeeper, I echo across the clocks. A thud came from a side room, followed by an old, feeble man coming out with a look of urgency upon his wrinkly face.
“You, would like to see me, about what?” his voice being raspy and soft, yet weak. “Well, mostly because of this, sir” projecting the “help wanted” towards him. He looked down upon it, first with thought, then with glee. “Good, good, but I must go now,” he hands over a sheet, “this is all you need.” I glossed over the list, “thanks sir, could I ask you what you’re name is?” but he already left, gone in an instant, no trace of where.
With a heavy sigh, I venture into the room the man was in originally, an office. Pulling out the wooden chair and twisting the single dim light bulb to turn on, I examine the list of instructions. The final instruction stood out the most: take care of Ash. To my surprise, and to my right, was an owl, white as snow with a black slash across the eye. Looked more of a scar than what nature intended the owl to be. The owl was inside a metal cage, the only metal besides the hands of the clocks. On the side, a note read “don’t open the cage” was posted in ink.
“Sorry buddy, looks like you aren’t going anywhere soon… girl” apparently it was a female. Owls aren’t rare on the island but they aren’t common either. Usually in the winter, the town receives a surplus of owls that visit, all of them hiding; however, most of them go into the forest or woods and stay till the season passes. It’s unusual to be this close to the owl, especially a snowy white owl, and to keep for a pet, strange. Ash’s strange mark intrigues me though; how did it get there in the first place? Was the owl always like that? Nevertheless, it gave the magnificent creature a beautiful, yearning stare, making it seem dangerous yet beautiful.
As I grab my sketchpad from my sack, I concentrate on Ash, which was staring back at me. I couldn’t take my eyes off and neither did Ash. For a moment, it was only the owl, the dim light bulb, the old wooden house, the world staying still with the symphonized clocks, and me in the middle of it all, staring at the owl and the owl staring at me. Such beauty of a creature shouldn’t be kept inside a metal cage, kept away from freedom, away from nature, away from ambition, and from curiosity. But orders are orders, and I needed some spare change, so I left Ash alone and decided to start drawing. However, the owl continued to hook its stare upon me: not a gaze, nor a plead, but a look of interest, curiosity, and adventure. Every so often each hour, I would look up from my sketchpad I would see the scarred eye staring into me, as if the owl was calling to me. The hours went by thanks to the clocks, and I would return tomorrow for Ash, realizing this job is going to be full time, meaning I needed rest.

The next day, after feeding Ash, I decided to disobey. Full of cognizance, approaching charismatically, I open the cage to free the owl. Ash kept her stare at me, for a while, until looking through the opening. Then, with exhilaration, she took off into the air, spinning in circles inside the shop with all the clocks, flapping its wings majestically as they were built to perform. Ash swoops down from the joy, perching herself onto the table, and looked at me again. It was a look of trust, gratefulness, and the start of a new friendship. I was even able to open the window while Ash was out of her cage. The following days became similar; I would let Ash out, feed her, and do some sketches as she flies around with her wooden ticking peers. I would talk to the animal for her opinion on my drawings; I showed her what nature was, images of the glowing sun at dawn, dangerous lions of Africa and woolen sheep from Europe. I portrayed Ash once in my drawings, where she put her small owl feet on it, gazing into the picture with amusement.

One day, after a week of mysterious payment I have been receiving at the doormat and no sign of the old man, I decided to draw a girl. For some reason, this caught Ash’s interest as she stared into it.
“It’s a girl, just a human girl,” Ash continues to show interest in the drawing as I explain, “girls are fun, pretty, and they treat people nice, and umm, they are great friends if you have one.”
Ash lifts her head to look at me, “I never had a girl as a friend; nevertheless, I never had a girlfriend.” Ash looked down into the picture of the girl, intrigued by the curves and lines of the new creature she hasn’t seen. But she responded by grabbing the picture and flying out the window with it to my surprise. Shocked, I ran after her, yelling, screaming, pleading, “Ash please come back!” My legs carried as fast as they could as I chased after her, in full sight of the owl, my only friend, with the picture still being grasped. I was blazing through the crowd, all confused at the scene of commotion. Ash swooped down and turned a corner at the end of the curb as I went to get my picture and my friend. Once I turned the corner though, I crashed into someone, causing them to drop their stuff.
“Oh my god, I am so sorry, I’ll get this for you,” I started to panic, grabbing some books. “Oh no, it’s fine,” responds a girl. I look up to who I crashed into, who was a girl my age with snowy white hair and a black streak across it. I was stunned at the sight of her, for her face looked exactly like the one I drew.
“I… uh…. Here’s your books ma’am, I am very sorry about the whole thing,” I stuttered handing over the books. “Thank you sir, even though you crashed into me, you seem like a gentleman. You look cute, would you like to come to the movies with me tonight?”
“I… would love to go with you to the movies ma’am,” she giggles at me, “but could I ask what your name is ma'am?”
“Oh right, my name is Ash.” 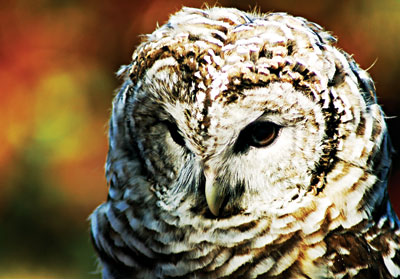 Back in 9th grade, i did this story (not a replica, this is a reboot) and I didn't finish but it received proficient. i wanted to finish so i revised it and turned it into this. This is the first short story i have onto here that is complete and i hope you enjoy.

Angelinaxox said...
on Feb. 6 2016 at 1:02 pm
Angelinaxox,
0 articles 0 photos 12 comments
View profile
That was an amazing story. You have included brilliant description by using fantastic vocabulary and the use of imagery in the story is great. You are really good at writing stories. Well done Joe!
EmilytheBelleofA. DIAMOND said...
on Feb. 4 2016 at 9:13 pm
EmilytheBelleofA. DIAMOND, Athens, Georgia
81 articles 5 photos 1486 comments

View profile
This was wonderful. I enjoyed it very much. I usually can tell how the story ends or what will happen in the story because of patterns if that makes sense, but I was surprised and I am not surprised very often when I read short stories. You have a talent. :) Thanks for sharing this!
Castiels.Freaking.Trenchcoat SILVER said...
on Feb. 4 2016 at 11:56 am
Castiels.Freaking.Trenchcoat SILVER, Columbiana, Ohio
9 articles 7 photos 66 comments

View profile
Very well done! I couldn't stop reading your story. Your strong imagery placed me in the story.