Favorite Quote:
"Stupid Is As Stupid Does." -Forest Gump (;
"No one who achieves success does so without the help of others. The wise and confident acknowledge this help with gratitude." 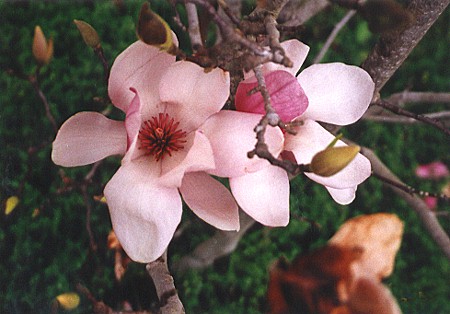 View profile
This is a good chapter. The only criticism really is that you don't give much information on the parents dislike of Morgan, like why they don't like her. Also did Nick just see her and like her? If so you might want to add a little more to when he came to like her without giving it straight out. Great chapter though.
KanenRenoir SILVER said...
on Feb. 23 2010 at 7:14 pm
KanenRenoir SILVER, Caldwell, Texas
7 articles 0 photos 17 comments
View profile
AS good as every. I think though that you should add a little more to the pool scene. Just so it doesn't seem like they get changed, get in, get out, and that's it. I think just something, a description, some dialogue. Anything. Again, it was awesome!
Nikiblue PLATINUM said...
on Feb. 22 2010 at 1:19 pm
Nikiblue PLATINUM, Bloomfield Hills, Michigan
20 articles 0 photos 137 comments

Favorite Quote:
"Stupid Is As Stupid Does." -Forest Gump (;
"No one who achieves success does so without the help of others. The wise and confident acknowledge this help with gratitude."

View profile
haha I thought thatd be the case when I asked you to read a love story. Its a little more for girls, I know. And I'll try not making it not so dramatic. Thanks for the comments (:
thescientistyellow GOLD said...
on Feb. 22 2010 at 11:40 am
thescientistyellow GOLD, Nauvoo, Alabama
11 articles 2 photos 16 comments

Favorite Quote:
"If everybody is thinking alike, then somebody isn't thinking." - George S. Patton

View profile
Niki...I must be honest...I read Smile Sweetheart knowing that I am not a fan of romance..... but you certainly changed my mind...it wasnt so gaudy and lame like most are....The dialogue could use a bit of touching up, make it a bit more human and not so dramatic, but the narriators thoughts are amazing! All in all great work...flows nicely..
MizzImaginative SILVER said...
on Feb. 18 2010 at 7:08 pm
MizzImaginative SILVER, London, Other
7 articles 0 photos 7 comments

Favorite Quote:
Be you... don't pretend to be someone else.

Favorite Quote:
"Like a bird with broken wings its not how high he flies but the song he sings"
"Everybody live like its the last day you will ever see tell me tell me do you feel the pressure now?"

View profile
Just got done reading all the chapters, and I thought they were great! Very realistic, especially with your use of Morgan's tone and voice. I thought they were all awesome, don't change a thing! I kinda think it would be cool to see a couple small scenes from other points-of-view like Nick or the popular crowd in between chapters. Great stuff, can't wait for more!
Just.A.Dream SILVER said...
on Feb. 14 2010 at 8:06 pm
Just.A.Dream SILVER, Lake Geneva, Wisconsin
7 articles 0 photos 430 comments

It's sooo sweet, and it was so smooth & perfect.

Favorite Quote:
"How long is forever?"
"Sometimes just one second."