Maybe I was right all along. Maybe I wasn’t. He was sweet. He was nice. He was shy. And he gave me this rose. I feel like a monster. I let him down and he believed in me, trusted me. But still under pressure I gave in. I betrayed him. He stood by me while I watched him crash. He helped me up when I fell; I just stared at him curled up on the floor sobbing quietly. Took care of me when I was hurt, I ran away and only looked back once.


The scene played over and over in my mind: I ask him to meet me somewhere later in the meadow. His face beams, almost too happy to accept and practically shining with happiness. Then he sends me this flower— sure, it’s just a drawing, but it’s special. Its special because he drew it for me. And the note that came with it nearly had me tearing up on what I was about to do. I knew that I was wrong but I wouldn’t accept it. I had too much pride in me.


I brushed away the flower as if it were nothing at the time. But I was wrong, so, so wrong. Yet I’m so wrong about almost everything now.
We were in the meadow. I brought a little picnic basket along and he did to. We laughed for what seemed like days. Everything was perfect but then I remembered what I had to do. What I came there for. He asked me what was wrong noticing my sudden silence. I couldn’t look up. He looked at me and began to say something but I’ll never know what he was about to say because they took him. I did my job. I turned him in and he did nothing wrong. He told me everything and I lied to him. And I cried.


Now I sob piteously. He will never trust me again. He will hate me now. So I curl up in a little ball on my bed and stare at the rain hitting my window vigorously. But I keep it close to my heart—his little flower, my little flower. 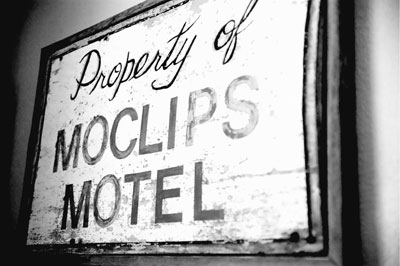 Hi! I'm new at this, and I haven't posted any of my work yet, (I'm a perfectionist) so could you explain to me what is going on in the story? I'm confused.

I'm not sure whether or not it has to do with the previous comments about some of the text missing... Thanks.

Beautiful piece, by the way! Very intriguing, kept me alert through the whole story.

Favorite Quote:
It's not about success; it's about significance.

No one can make you feel inferior without your consent.

thanks for commeting!! Uh i dont really know what happened with the text and the picture... proabaly formatting (:c). this was my 1st  article so maybe i did something wrong when i sent it in... :( i might repost it where you can see the words if  people want me to . anyway thanks for commenting and i love ur stories!!! They. Are. AWESOME!!!

Favorite Quote:
It's not about success; it's about significance.

No one can make you feel inferior without your consent.

View profile
Aw, this is so sad! I love this story so much, but why is some of the text covered up by the picture?