Trachea was innocently walking around the zoo with her friend, Sparkles.
"Ooh, look at that!" exclaimed Sparkles, grabbing Trachea's arm and pointing to something.
"What?" asked Trachea.
"THAT HIPPO IS STARING AT YOU!" Sparkles whispered ridiculously loudly. Trachea sighed, exasperated. This always happened with Sparkles.
"No, really!" she insisted, "Look, he's over there!"
They rushed over to the hippo-pen and saw a large, fat, gray thing whose eyes were bulging out of its head.

The two girls stared at it, unblinkingly. The hippo stared back.

"How do you know that his name is Henry?" Trachea asked.

Sparkles sighed impatiently. "Trachea, you are SO unobservant," and pointed to a sign that said, "HENRY THE HIPPO-- DO NOT FEED. HE WILL GROW FAT AND DIE." Trachea turned back to Henry.

Just then, THE HIPPO SPOKE.

The girls gaped at each other. Sparkles very slowly stuck out her hand, saying, "Heeeereeee, fishy-fishy. I have some bread crumbs for you, fishy."

Henry tsked. "I am not a fish! I am a hippopotamus that is desperately in love with Trachea." He turned to Trachea, his eyes glowing with admiration.

Sparkles eyes widened. "TRACHEA!" she "whispered", "THAT FISHY THINKS YOU'RE--"

Sparkles nodded wisely. "All fishies can speak, they are just too suicidally depressed to do so."


Trachea stared at the hippo. Henry stared back. 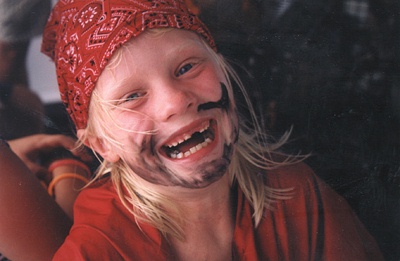 Favorite Quote:
"What we have done for ourselves alone dies with us; what we have dine fir others and the world remains and is immortal."