Here we are, the railroad tracks, where love first met its makers. Two separate worlds come together and have one thing in common; the burning love they have for one another. She saw a fire in him that no one else saw. His smile was the image forever inscribed in her head and she couldn’t erase it even if she wanted to. She had a world full of problems and he listened because she was his world.

Charlotte and Jack met in the summer of ’67 and still haven’t stopped loving each other. The love he had for her was magical. She brought out a side in him that no one else could. He was apart of almost all of her craziest memories and she won’t let him forget. Jack let down his guard that summer, something he had never done before. Charlotte really didn’t know the extent to which she had impacted him, but she sure felt it; in every touch and in every kiss, she knew that everything was going to be alright.

Charlotte’s parents had big plans for her. She would attend college, marry Benjamin, an affluent lawyer that the family had known forever, she would have a family, and live happily all of her days. To Charlotte, none of this was included in her plans. She spent her days sneaking around and meeting Jack, her true love. They kept each other young; their love was perfect. The only problem; Charlotte’s parents hadn’t the slightest idea of what was going on.

Jack and Charlotte had their fun summer of ’67, but the time came for Charlotte to go to college. It was a week before she was set to leave and she decided she was too in love to go away. That last week was full of emotion. There was happiness and laughter, because everyday Charlotte spent with Jack was the time of her life, but there were also tears: tears of uncertainty.

The day finally came for Charlotte to go off to college, but there was no way Jack was going to let that happen. She was the best thing that had ever happened to him and he couldn’t lose her. He had been saving up for this moment ever since he met Charlotte. It wasn’t much, but he had it, the perfect plan.

Jack woke up that day glowing. He put on his Sunday best, took a look in the mirror and got ready for the biggest day of his life. He hopped in his truck and drove to Charlotte’s estate. He pulled up, took a deep breath, and walked up to the door. He checked his pocket, smiled, and knocked. Charlotte answered the door and Jack stood there, admiring her beauty. He took a small box out of his pocket and got down on his knee. Tears streamed down Charlotte’s face as she broke down. She knew that her parents would never let something like this happen but she now knew that Jack loved her. The biggest decision of Charlotte’s nineteen-year old life presented itself. Would she follow her heart or the will of her parents?

By this time, Charlotte was crying so loud, her parents and half of the neighborhood had joined the commotion. As her father tried to scold her and her mother tried talking her out of it, Charlotte blocked everything out and flashed forward. She saw a beautiful life with a beautiful family, and next to her was Jack himself.

Charlotte came back to reality and made the choice she knew was right. She followed her heart. 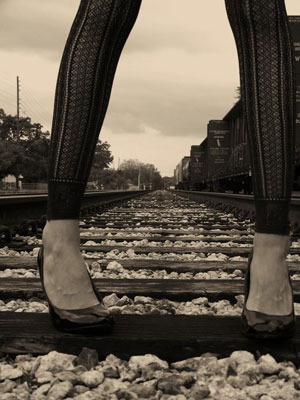