I walk through the double doors of Cannon High. Like I do every day. As I walked pass the principle's office I glipsed him for the first time sitting on the sofa just inside of the door. I felt as if he was sitting there waiting for me to come in and see him for the first time. It was as if the Gods themselves planed this whole moment out. The secretary must have asked him a question because he was now speaking in low tones. As if not wanting to be rude but to be subtle about the subject.
I was just about to go in and see who the new kid was when the bell rang for first period to start. At once, i let my hand slip from the cold meatle that was the handle. I rushed off to put my stuff in my locker. Seeing as how I wouldn't be needing it for P.E. which is my first class of the day.
After putting my stuff away in the locker I ran head on down the hall to the gym,trying to not be late. I stopped just outside of the gym doors to catch my breath. As I pushed the doors open and walked in I stopped short of Mr. Willmore, our gym teacher,for the new kid was standing next to him. Mr. Willmore is our highlytempered, short teacher. He's musculer and hits on every girl teacher in the school. The new kid was talking to him in the same low voice he used with Mrs. Elsa, the scretary. Sincing that someone was watching him, the new kid turned and looked in my direction.
My heartbeat sped up as he took in my featers. He smiled when his eyes came to rest on my face. He had pretty gray eyes mixed with a little bit of brown. As I took a better look at his face i noticed that he had a more saphistacated aura to him. Like he's seen and been through stuff that only a grown up would know of. I could see it now that I looked in his eyes. His eyes were cold and hard all the wasy through.
Mr. Willmore yelled at the remaining kids to get changed and to join the others out on the soccer feild. We were playing soccer this week and I know I'm going to whined getting hurt or hurting one of the other kids. I rushed into the girl's locker room to change and join the others. Gym class went by pretty fast. I learned that the boys name was Icarus and that he just moved here with his family from Alaska. Icarus was just one of five Nix kids that sare attending Cannon High. He has two older siblings there names are Stephine,18, and Nick, 18. His younger siblinghs are Say Lie, 16, and Vasper, 16.
There father, Jacob, works at the middle school as teacher. There mother works at the local hospital as a nurs/ doctor.
I bumped into Icarus a few more times before lunch. I couldn't help but notice that he seemed to be fallowine me around. I pointed this out to a couple of my friends but they just blew me off. After third period I started to take notice that there was a gleam in his eyes. But I just blew it off too. I still could not get over how cute he was. My hearts rhyth sounded oddly staccato like whenever ha lokked at me. It was like he was an angel. He looked like one anyways. 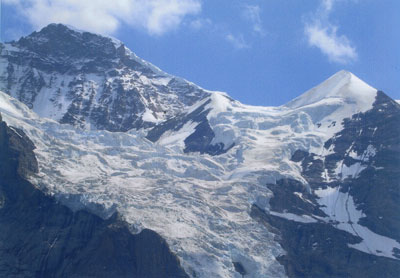 Favorite Quote:
"If it can be dreamed it can be done." Walt DisneyDisney

View profile
thanks i thought it wasnt that good but to hear someone else tell me that it was ok well that means alott thanks
biddycakes said...
on Oct. 7 2009 at 7:51 pm
biddycakes, Charlotte, North Carolina
0 articles 0 photos 99 comments
View profile
wow that was pretty good i enjoyed it alot keep on writing!