The Peace within Chaos | Teen Ink

The Peace within Chaos

“Remember to sit still, while I plug this in. Would you like a magazine? Some water?”

The echoes of the nurse replayed in her head, the same sentence she heard once a week, fifty-two times a year. She couldn’t count how many times in her life she heard this expression in different voices yet, always the same monotone sound while she sat as still as a doll in the ivory reclining chair. Shaking her head, she declined the amenities. She would rather just observe the clean whiteness of the room and the calming clouds she looked down on out the glass wall. It took her mind away from the static yellow and blue liquid trickling down from the tube inserted into her arm. Happy emotions dominate the yellow while negative emotions rule the blue liquid, combining into green to create the perfect emotionally balanced human. She watched people draped in pastel clothing on their way to work, their faces glued into a resting expression, as they marched on the glass sidewalks.

“Have a productive rest of your day!” the nurse sputtered out after her like a copying machine as she opened the door to exit the clinic, her arm beginning to jolt up and down under her metallic jacket.

Straddling her bike she scanned her opposite arm unlocking it from the rack, identifying her as Lelia Quinn. Lelia’s arm began to shake more and more. She always had reactions to the now green liquid flowing through her veins, but she must contain herself.

The engine revved and she took off along the iridescent highways above the clouds. She rode with one hand while her other continued to shudder. The outside wasn’t enough, now society seeped control within their bodies, hers seemed to be the only one that rejected its demands.

Lelia tried to gain control of her bike but the more she attempted the more her arm shook. She rode on for miles until she collapsed off the side of the road expecting to catapult into the nothingness beneath the clouds.

The feeling of scratchy fibers brushed against her olive skin as she awoke. Net stretched endlessly underneath the clouds like a million spiders weaving a master web to capture their prey. Lelia had always assumed there was an escape, just no one took it because they had no emotions to rebel.

A boy dressed in all black came towards her from a distance holding a needle. She gawked at his appearance, unkept and gloomy, contrasting from the people draped in pastels above. Although, he remained unfazed by her lilac hair and shiny powder blue jacket now scratched down the side. He walked towards her, starting to move his mouth upwards. Lelia had never seen someone make a facial expression of this sort before and started to feel nauseated.

¨It's called a smile, don't worry you won't remember a thing,¨ he chuckled as he took her hand.

She thought she was dreaming but it felt too real and her arm started to convulse again.

“I do that too” she barely recognized the words out of her mouth, revealing her secret for the first time. He tilted his head at her, unsure if she hit hers from the fall.

“Sometimes my mouth just starts turning up when the sun is shining or down when I scrape my knee.”

“I thought that was impossible,” his voice lowered, “You abovers can’t feel emotion with those drugs they run through you”

“They have never worked on me,“ Lelia  declared, “I’ve taught myself how to hold it all in, I pretend I’m like a tree rooted in the ground¨

¨There's a group of us, we do the government's dirty work and in return we get to express ourselves freely” he showed me his tattoo which he used to unlock a tube that came down from the sky.

“How is this all possible? I thought the formula was perfected, why are we immune?”

He shrugged, “I don’t know, but we exist in silence so we don't interrupt the perfect societal balance with our imperfect emotions”

“So they can have their workers obey their every command without a thought and they call it peace.” Lelia started to feel hot clenching her fists. She gazed at the city above its curved spotless white towers and rows of flowers painting the outside. Its people working the inside, machines made of blood and bone; intelligence residing within a skull. She followed the boy into  the tube.

“When I came out crying they realized the emotion blockers my mother took failed, they effortlessly took me into hiding because she felt no attachment anyways.” He shook his head, looking down at the white nothingness below them. Lelia observed his eyes, how they sunk and darkened, the way he talked with emotion like she had never seen before.

“We are born to work, and our emotions can’t get in the way,” Lelia said emotionlessly, once again remembering what her mother told her the first time she cried. Her mother stared at her like she was a mutant. They reached the glass tube and he took her arm holding the needle above it.

“Are you sure you don’t want to be free?”

“How can I be free when no one knows any different?” She pointed at the tiny blobs of people above them marching the same path to work their whole lives knowing of nothing more than pressing buttons on machines.

She awoke in her bed the next morning with no memory of the day before. She dressed to go to work at the factory and practiced her robotic expression in the mirror as she imagined herself as nothing more but a plant taking in its environment. The heat of the factory was unbearable all day but plants never make a sound when in discomfort. After she arrived home after half a day at work, she noticed the scratch in her jacket and the memories came flooding back from the day before, the boy in black, the net, the truth. Slamming her hands on the counter she started to feel her body shake. She felt ashamed of her uncontrollable feelings and of her body's rejection to anything the government gave to make her normal. Yet, Lelia realized that she remembered this for a reason and felt the urge to go back to the net. Furiously, she hopped on her bike speeding down the highway, swerving between cars causing them to run into one another in a frenzy. The railing came into view and she drove over the edge.

She awoke again, but instead of back inside the net she now laid on a cot in a dark room made of metal. She tried to open the door but it was locked.

A man in a white lab coat came inside holding a clipboard. “Lelia, you are quite a rare case indeed.”

¨Where is this? Why am I here?” she replied shaking her arm which was reacting yet again.

¨You’re waiting,¨ he responded coldly scribbling on the sheet.

“Where is the boy? The one in the dark colors?”

“He is the one who brought you to us, after that fall you were in bad shape” He stared at her with a dead look in his eyes, “After your little performance that disrupted our utopia we decided you are a danger to us and must be removed at once.”

She realized that they were falling down and she began to panic. A black box with numbers glowing red started counting down, 15, 10, 5, and then a small thud.

The doors began to open and she no longer saw clouds but a hard black substance covering the floor.

¨Welcome to the ground¨ he said without enthusiasm and shoved her out the door.

Molten lava blanketed the ground where for miles bodies stood or layed in distressed positions. Their faces were twisted in agony preserved in the ash from the time before, when life on the ground ended after the eruption. Lelia let out a sound she never heard before, her mouth stretched wide open at the horror. She ran into the burned woods contrasting from the pristine white city now glaring down on her.

She saw the boy again, but now he was covered in mud with his dark clothes torn. He was making sounds of agony followed by echoes of the same peculiar noise in the distance.

He looked at her and smiled. His eyes were now bright, “It’s called screaming, don’t worry it will make you feel better!”

The boy took her hand and led her through the burnt woods opening into a clearing of new forest growth. She saw hundreds of people in circles all wailing into the quiet air. The way they let all their emotions out freely made Lelia smile for the first time without worrying people would see her differently. She joined in and screamed until she was out of breath. Leila looked up at the clouds and for the first time she felt at peace within her emotional chaos. It was the very same chaos she was taught to avoid when all along facing it set her free. 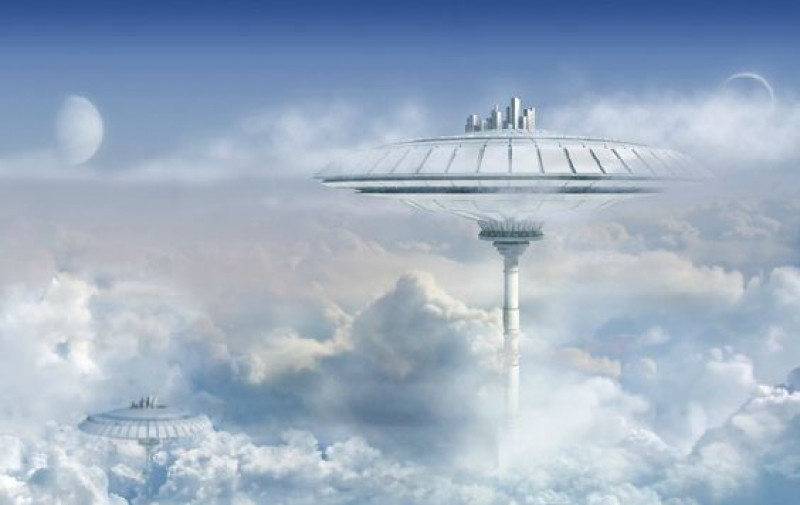 I wrote this story to get across the message that emotions are important to feel in our society.

View profile
oh that's good, if only it had been a full length book.
PLEASE REWRITE IT AS A FULL LENGTH BOOK!!!!
you can publish books on ti, I would absolutely read it.
D1CEW1ZARD BRONZE said...
on May. 28 at 11:17 am
D1CEW1ZARD BRONZE, Tilden, Nebraska
3 articles 0 photos 5 comments

View profile
There is an important message behind this.