Jamie and Ashton sat watching TV for an hour or so, her, still wrapped up in her own thoughts. Was she really starting to have feelings for Jamie? She hoped not. It wasn’t that she didn’t like him, it wouldn’t seem right that after years of friendship they started dating. She knew him better than almost anyone else did. They were close. But what if they did become a couple? What would people say? Ashton didn’t even know why she was asking herself these questions. She didn’t even know if he felt the same. He probably doesn’t, she thought, so it doesn’t matter. She also thought about the thing that stole her necklace, worrying actually.

“Ash?” Jamie was waving a hand in front of her face, trying to get her attention.

She came back to Earth. “Yeah?”

“What are you thinking about?” he asked, his deep brown eyes pleaded with her. He was still worrying about her.

“You’re lying. Tell me the truth.” He was good.

“And how are you going to do that?” he asked suspiciously.

“Well you know that necklace my grandma gave right before she died?”

“Yeah, I noticed you weren’t wearing it,” he replied. He noticed. Ashton was . . . touched. She had no clue he paid that much attention to her.

“Yeah, well he has it. At the park . . . I actually did see him; I wasn’t just trying to scare you. And he was holding my necklace. So then I came here to see if I was imagining it and I wasn’t because it’s not here anymore and I looked everywhere for it and I can’t find it and now I’m scared because he’s been in my house and I don’t know what to do. Jamie, please believe me,” she begged. “You have to. No one else will.” Her eyes were filled with tears.

“Thank you,” she said, pulling away from the strong embrace. Another tear fell and he wiped it from her face. He was looking at her, but it seemed as though he could see all the way into her soul, which sounds really mushy and lovey- dovey, but that was the way she felt. Her heart was pounding furiously, but this time it was not because she was afraid.

“No problem,” he said, smiling at her.

She sighed. It was only six o’clock and she was bored, and she was pretty sure Jamie was too. It was still raining outside, and the drops fell to the ground outside, filling the silence.

She had almost completely forgotten about her "follower." Almost, but not totally.

“I don’t know. Don’t you have homework?”

“No, I did not finish it all. We can’t all be as smart as you are, now can we?” He always teased her about how simple school came to her. “I’m just going to do it tomorrow. Before my classes.”

“Okay. Well do you want to play Guitar Hero?” she asked hopefully. They both shared a love of Guitar Hero and even though he was much better than her, playing on the expert level. She still enjoyed playing it with him.

“You know it!” he exclaimed.

They played for along time, him always doing better than her and then teasing her about it.

“You suck at Guitar Hero.”

“I do not!” she defended, slapping his arm.

“Oh, okay. So you’re just pretending to suck because you don’t want me to feel bad. That’s so thoughtful of you,” he joked, putting his hand over his heart mockingly. 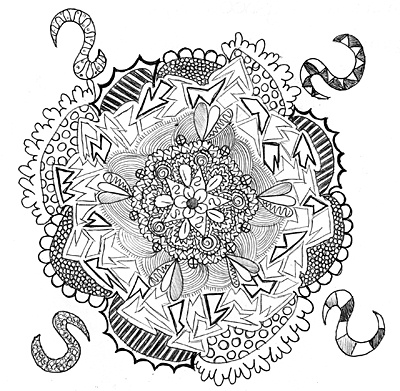 The author's comments:
This is the fourth part to this story, so don't read it unless you read the other ones please. I'm actually just writing this as I got along so there are bound to be mistakes, but nobody's perfect, right? Please comment and rate! Thanks!
Post a comment
Submit your own