Many people do not believe in everyday people with special, unreal powers or psychic people. Nor do they believe some people are gifted with the ability to control one or more of the seven elements: water, fire, earth, air, spirit, darkness, and light. But, one thing I can tell you is that both those statements are true and they apply to a group of my friends. That includes me.

We may be young but I along with everyone who has met or heard of us know for sure we are powerful. When we're are united, we are almost invincible against any foes that dare to cross our paths. We are dangers to all who oppose us but great friends to those on our side. I believe us to be the greatest group of "super" heroes to have walked on Earth, even though we are only in our teens.


By now, I should probably introduce my group. I say my group because I mostly lead us when we have a mission or request. My name is Schuyler and I am gifted with psychometry and I am gifted with an affinity for spirit and darkness. I can also tell how others near me, in body and relationships, are feeling.
Trixie has the ability to know the truth from lies without having to investigate into it and is gifted with the control over air. She also receives warnings about future events that are dangerous to my group. Sarah has been gifted with the ability to read minds and an affinity for fire. She can also send thoughts through something like a mind link to the rest of my group. Kyle has the power to teleport himself or others from place to place with a single thought and has a water affinity. Jeremy uses his compulsion ability to make others do things he wants them to do and controls the power over earth. Eric has telekinesis and an affinity for light.

I know this sounds cliched but we do save the day once in a while and have fun doing it. We have been together as a group for as long as I can remember, but that isn't very long since my memory was partially erased. Still, we make a great team and always work together to get the job done, even when the fate of the world rests on our shoulders. 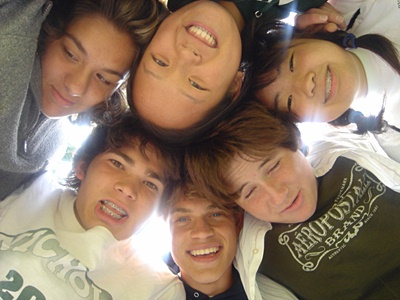 The author's comments:
Well I had a dream that involved these characters (who are based on people I know and yes Schuyler is me). I decided to write it because it seemed... Different! Then I saw other books about psychic people but I decided mine was special compared to theirs... :)
Post a comment
Submit your own