Favorite Quote:
"Reality is merely an illusion, albeit a very persistent one.
-Albert Einstein

As I write this, my eyes are nothing but sockets, and I have placed glowing coals in their place to give the effect of anger. Flab’s of flesh hang off my arms and face; I have left them there to scare away my former friends grandchildren. Maggots wiggled all over every surface of my body, if you could still call it a body. The greatest power of them all has given me the live of a monster. But how did it come to this? I guess the best place to start is the beginning. But it is hard to tell when the beginning is. At my birth? At the Genni? At the founding of our town? At the beginning of time?

When the world was younger and magic was common, a old man was going to the dieing cave of his town. In the remote desert, it was common place for elderly people to go to a designated cave when they know they are to die. When it is certain that they have passed, his family went and pushed rocks in the mouth of the cave, so he would never be disturbed.

This man was using his ancestors cave. There were already many bodies there. He was not as close to death as he thought, and he spend a full week alone in the cave. On the ninth day, he saw a glint in the corner. He picked it up and there was a candle. As soon as he touched it, it lit up in flame. And in the flame was the image of a young boy. The candle boy told the shocked man he would grant any wish, except for eternal life. The man wished that his children would have the power of gods.

The Wish, as it is now called, came true. The mans children could do anything. But, because the candle could not grant immortality, they died.

Then, the god-like people had children.

The half-god people had children.

Now, at the end of twelve generations, the town is filled with people with power. Each person has one power. When I was born, we were the greatest city in the world.

People never thanked the candle boy, no one even thought he was alive, or that there were others like him. But unpronounced to us, the candle boy became a candle man, and then, in recognition for creating our town, he became the candle king.

As candle king, he now had the power to grant immortality. But it was to late for the man who wished. He had died long ago. But the king felt he had to thank the town that gave him his throne. And so, he made me. 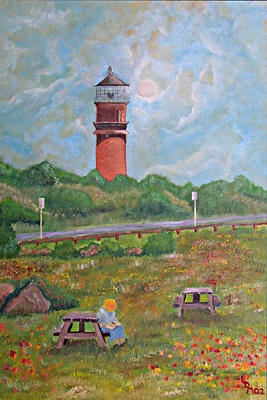 View profile
I really like this idea! I would, however, recommend looking at spelling. There was one time where you said "live", instead of "life." Also, please to be continuing. :)
Konabandit said...
on Feb. 11 2012 at 1:54 pm
Konabandit, Oak Run, California
0 articles 0 photos 8 comments

Favorite Quote:
"Throughout life people will tell you what you can't do. All you have to do is turn around with a smile on your face and say 'Watch Me'"

View profile
excellent detail! it kept my interest all the way through and had a very creative story. I can't really find anything wrong with it and i cannot wait to read part two. Very creative piece of writing though :)