Demons in the Dessert | Teen Ink

Demons in the Dessert

Patrick Kratos parked his car in the Nevada desert. He opened the door and opened the trunk. Pat was still lucky to be alive, it even amazed him. In the history of Las Vegas, there has never been a casino robbery done by one man. Until now. His act was flawless and perfectly planned, and it was all done by him. Pat walked toward the ridgeline with both duffle bags on his shoulder. In the ridge there was a small cave. That’s where the money was kept. It was a mile long walk from where he was. Pat started to walk.

Pat walked only for a couple seconds before he heard it. The laugh. He turned around, there was nothing. He cleaned out his ears and started walking again. After a couple more steps, he heard the laugh again. Pat threw both duffle bags to the ground and pulled out his piece. Pat started to spin in circles.
“Where are you? Show yourself!”
It was after that command that he knew he was in trouble. The sand started to cave in in front of him, making a hole in the sand. A flame emerged from the hole and out lifted a cloaked figure. Pat wiped his eyes. The flame went away and all that stood was the cloaked figure. Its face wasn’t visible and it seemed to be floating. It lifted its fleshless arm and pointed to Pat.
“Your time is up”
Pat picked up both duffle bags, walked to him, pushed him aside, and said calmly:
“No it’s not”
Pat kept walking in the direction of the cave, leaving the cloaked figure behind him. The figure strolled up beside him, keeping the same pace. He pulled out a scythe.

“Maybe you didn’t understand, I am The REAPER. I say when your time is up so let me put it another way so you will understand. I am here to kill you and take you to hell”

“Like I said before, it’s not my time”
“Actually Patrick Kratos, yes it is”

Pat turned around. The man sat on the ground, looking up at pat. Except, it wasn’t really a man, but it wasn’t really a monster. He had the face and body of a man, but had red skin and two black horns coming out of his forehead. He also had a tail that swung back and forth and was holding what looked like a cane. He wore a pinstriped suit and had a pointy goatee. The…..thing stood up. Pat stepped back.

“What are you?”
“Well, what I am is a demon, but who I am is Solomon, but you can call me Sol”
“Is that your real name?”
“It was my name on earth if that’s what you’re asking”
“So you were human?”
“Of course”
“Were you this ugly when you were a human?”
“I am going to let you in on some info Patrick Kratos, your smart-alecky jokes are not funny, and they simply show your lack of education”
“Please call me Pat”
“That stunt you pulled at the casino tonight, quite impressive, but you will get caught by the police, that’s for sure. You will go to jail, another certainty. I am most certain though that you will be loved very much in jail. Now, do you want to live the rest of your life in jail, or do you want to skip all of the dropped soap and just go to hell with me?”

“I will take my chances here”
“Well that’s too bad because I’m taking you to hell with me anyways, boss’s orders”
“I hope you don’t get fired for not bringing me back”
“Another dumb, smart-alecky remark. I guess I will just have to kill you myself”

Sol pulled the stop of his cane, pulling a sword from it. On the blade was engraved succhia per lei. Sol lifted the sword above his head and charged for Pat. Pat lifted the scythe and also charged for Sol. Both blades hit with such force that both men flew back. Sparks flew in the air. Sol hopped up and twirled the sword in his hand. Pat stood up and spun the scythe and spun above him. Sol spoke.

“It’s no use Patrick Kratos, no human blade can cut me.”
Pat smiled “this is The Reaper’s blade”

Sol’s eyes widened. He gripped the handle on his sword and took a deep breath. “No matter, you will still go to hell, that I am certain”. Sol charged again this time holing the sword with one hand. Pat stood still. Sol leaped in the air and with his free hand pushed himself off the ground. He did a cartwheel in the air. Pat just lifted the scythe and swung up. Both of Sol’s legs detached from his body and he fell to the ground. Pat stepped towards him.

“Wow Solomon, that trick was quite impressive”

Sol lifted his body up with his arms.
“I really hate you Pat”
“You really looked like a little fairy in the air, and now you look like Lieutenant Dan”

Sol stationed himself up on the bottom of his pelvis. He looked Pat straight in the eye. Sol almost seemed to glare. He very calmly spoke.

“Patrick Kratos, listen to me very carefully, it doesn’t matter what you do to me, he will send more, you will go to hell, you will lose. I am certain of that.”

Pat put the scythe blade behind Sol’s head and set his foot on his torso. He took a deep breath and looked right at Sol.

Pat kicked him in the chest, forcing his neck into the scythe blade. The scythe cut through Sol’s neck like butter. His head rolled down his back. Both pieces sat in the sand. Pat rested the scythe on his shoulder and walked to the duffle bags. He started towards the ridgeline. As he was walking, a wave of heat seemed to hit his back. He turned around. Another hole in the sand was forming, but this time bigger, much bigger. The rim of the hole turned into a ring of fire. That is when HE emerged. It was Lucifer. He stood 80 feet tall. Two massive wings extended from his back, both of them on fire. There really wasn’t a word to describe how awful he looked. There was a crown on top of his head, but it was melted, probably due to all the fire. His teeth were sharper than razors and his eyes were blacker than night. He let out a roar, a god awful roar, that shook the desert night. It even knocked Pat on the ground. Lucifer’s arm formed into a fiery blade. Lucifer picked up Pat’s car. He threw it in the air and sliced it in half. Each half fell on each side of Pat. Lucifer started walking towards Pat, leaving a fire for each footprint. He pointed his arm-sword at Pat. His voice was raspy and loud.

“Patrick Kratos. It is time for you to make a choice. You show great potential. More than Solomon, more that the others. I happen to have a position that you are qualified to fulfill. This choice should be quite easy, if you are smart.”
“Your friend Solomon didn’t think I was too smart.”
“Solomon obviously was dumber than you, he jumped around trying to be fancy, and looked where that got him. Now, back to your choice. I am offering you to work for me. You will avoid an eternity of damnation. You will obey me and do what I command when I command. You will carry out my dirty work and collect the souls I get. You can be the new Reaper. Patrick Kratos, what is your choice?”

Patrick stood up and picked up the scythe. He looked down at it. The blade was five feet long and the handle was 8 feet long. Carved into the handle was an inscription that Pat couldn’t read. He failed Latin in High School. “Screw it” he thought “who cares what it says”. He looked up at Lucifer.

“Patrick Kratos, your soul will be mine!”

Pat spun the scythe around and gripped it. He pointed the blade at Lucifer and smiled.

“Come and get it” 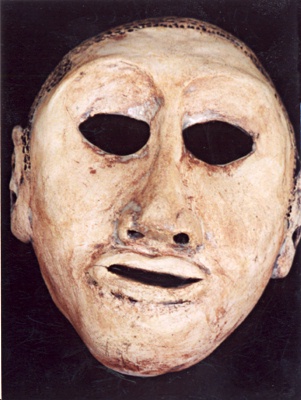 Favorite Quote:
"It is always too early to give up."

View profile
Just some constructive criticism. :) At times, especially in the paragraph describing the two fights, your sentences are a bit choppy; I felt like I was reading directions. Also, you could use some longer sentences. The more the length of the sentences vary, the more dynamic your writing becomes. But keep up the good work!
love.writing BRONZE said...
on Aug. 24 2013 at 5:33 pm
love.writing BRONZE, St. Clair Shores, Michigan
4 articles 0 photos 37 comments
View profile
The picture you used made me think this would be a creepy story so of course I wanted to read it.  :)  The concept was somewhat creepy but you put so much great humor into it and I thought it was actually really funny.  Loved it!
Miniterror GOLD said...
on May. 6 2013 at 3:11 pm
Miniterror GOLD, Yuma, Arizona
10 articles 1 photo 54 comments

View profile
I like the story. Sentence structure could use some work, something that I personally haven't mastered myself. I enjoyed the few jokes you put in, "Lieutenant Dan", awesome. Please feel free to read some of my own articles.
PuppyLove16 BRONZE said...
on Mar. 5 2013 at 11:08 pm
PuppyLove16 BRONZE, Sacramento, California
4 articles 0 photos 10 comments

Favorite Quote:
"Imagination is the first step to discovery"-Unknown