Once upon an old tree, that’s where my mom dumped me on my lady bug butt. Right on a tree, along with my other 2 brothers and my one sister. Our names were bob, Jennifer, and me Lindsay. When I was a baby my parents let us all go on our own to explore. I was left here in the same tree my mom had me in and my 2 brothers and my 1 sister all went separate ways. My parents had this like this because they new we needed to be on our own for awhile and in the end we will find our way home. As I grew up I thought it was little strange that I lived on my own in the middle of no ware...Until some rude people decided to build a fence around me and houses on all sides of me. At fist I was lonely but now im mad!!! Before I new it there were barns and grocery stores or malls even. Kids would come out of the houses and poke me here and there, when they would poke me I would get nervous because I herd about this ladybug that got locked inside of a jar and died from a human. Like I said before at first I was loley now im mad!!!

I was getting used to all of these new things because now its been 3 years since this all started!!! I’ve lived in this tree for 8 years now. Maybe it was time for a change to move. So I thought about living in a house but then I remberd that ladybug that got suffocated in a jar. I also thought about another tree but in the winter its to cold and in the summer its to hot and when its not winter or summer its to quite or to loud. So if I didn't want people to bug me or to be to hot or to cold maybe I should think about the old barn 2 hours away. It would give me a chance to meet new animals and not to get locked inside a jar. So I packed my leafs and my lunch an all my stuff that my parents left me. I also called a taxi to come and drive me to the barn.2 and half hours later we reached the barn. I told the driver thank you and headed into the big barn. Moos, and chicken noises came from the barn. I raised my head to look at the cow that was breathing deeply over my head. He mooed and told my I need to know that when the farmer comes in to the barn I cant say anything to him or the other animals because the farmer came in and the cow was speaking to the other animals like a human and that was the end of that farmer because he past out beside the frightened cow. I nodded to the cow and looked over to come face to face with the chicken’s leg. "Are you gonna go with the other ladybugs or what?" Asked the chicken rudely. " W-what other ladybugs?" I asked the chicken . But before the chicken could say bologna old goat bugged in our conversation. " The ladybugs up there in that hole. You know Lucy and George also the kids." He said in a very scratchy voice. I looked up and started my way up the long wall. I spotted the Hole as soon as I reached the top and you wouldn’t believe what my eyes.Mom, Dad , Bob, Jennifer?" I asked the mysterious people. “ Lindsay is that you darling?” It was. It was truly my family all of them Bob, Jennifer and my parents Lucy and George, even a new baby sister named Jordan. Before I new it my whole family were hugging each other even Jordan. I was glad I found out that my family lived were seemed tothink was a good place to live and I was also glad my mother had a baby girl. Everything seemed perfect in my very special way. Know i asked the question I dint know for sure. " Mom Dad. Why did you leave me on my own in a big empty tree?" " Because your father and I new you would wind up back in our arms we just wern't sure when. Your brother and sister met up in some house acrost the way and they also wund up here with us a year ago. " My Mother annouced as if she had explained this to Bob and Jennifer when they came here. Life was perfect now. I decided to move here the next year. I was happy because my family lived there. This was my home, my true home. 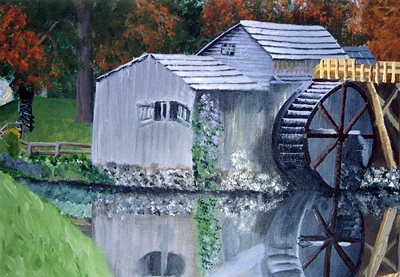