That’s Not Our Daughter | Teen Ink

That’s Not Our Daughter

"I swear, it was only a couple seconds," I frantically explained to my husband. I had left our three-year-old daughter, Lilla, in the backyard to throw away a coke can. When I returned, she was gone.

The entire neighborhood searched everywhere she could possibly be hiding. "Lilla!" I screamed. "Lilla, where are you?" The cacophony of people screaming my daughter's name was deafening.

My feet ached as I scoured every inch of the neighborhood. Law enforcement suggested several times we stop and wait until daylight, but I refused. I didn't want to think about what might happen to my little girl by morning. I'd never forgive myself for not trying to get her home.

By nine p.m., there was still no sign of Lilla. It was pitch black outside aside from the thin beams of light from the search party's flashlights. "Lilla," I sobbed, just like I had been for the past seven hours. "Lilla, baby, come home." I paused for a moment, praying to anyone who could hear to bring me my daughter back.
Hours passed, and several neighbors went home, but still, the remaining of us continued on, echoing each other's calls for Lilla. Slowly, a bush started to rustle. A small silhouette began to emerge from the foliage. We all shined our flashlights, illuminating the small figure. As I took a few steps forward, brown pigtails and the light green dress my daughter had disappeared in came into focus.

I darted towards Lilla, bursting into tears as I hugged her. My husband crouched down beside me, placing a hand on my shoulder. When I finally loosened my grip on Lilla, my husband went to hug her but paused. He stared into her eyes for a few long moments before whispering, "Honey, that's not our daughter."

I looked at Lilla's face. She looked like my daughter, but her eyes were cold and harsh and her smile was twisted like the contorted face of a badly-painted doll. Despite this, she still was my baby girl. I couldn't let her go. "Don't be silly," I chided.

My husband hugged Lilla, then we walked home, Lilla falling asleep in his arms.

I hadn't even realized our television was on until Lilla started playing with the remote. She inadvertently switched the channel to the news. As I reached for the remote to turn off the T.V., the headline 'Remains of Local Toddler Lilla Potvin Located' appeared on the screen. I turned to my husband, who looked as terrified as I felt. "That's not our daughter," I whispered, repeating the words my husband had said just hours earlier.

I turned to face the being in our living room. Her face was unatural and sinister-looking. She stood up and approached me. I felt hands squeeze around my neck, then everything went black. I swear, it was only a few seconds. 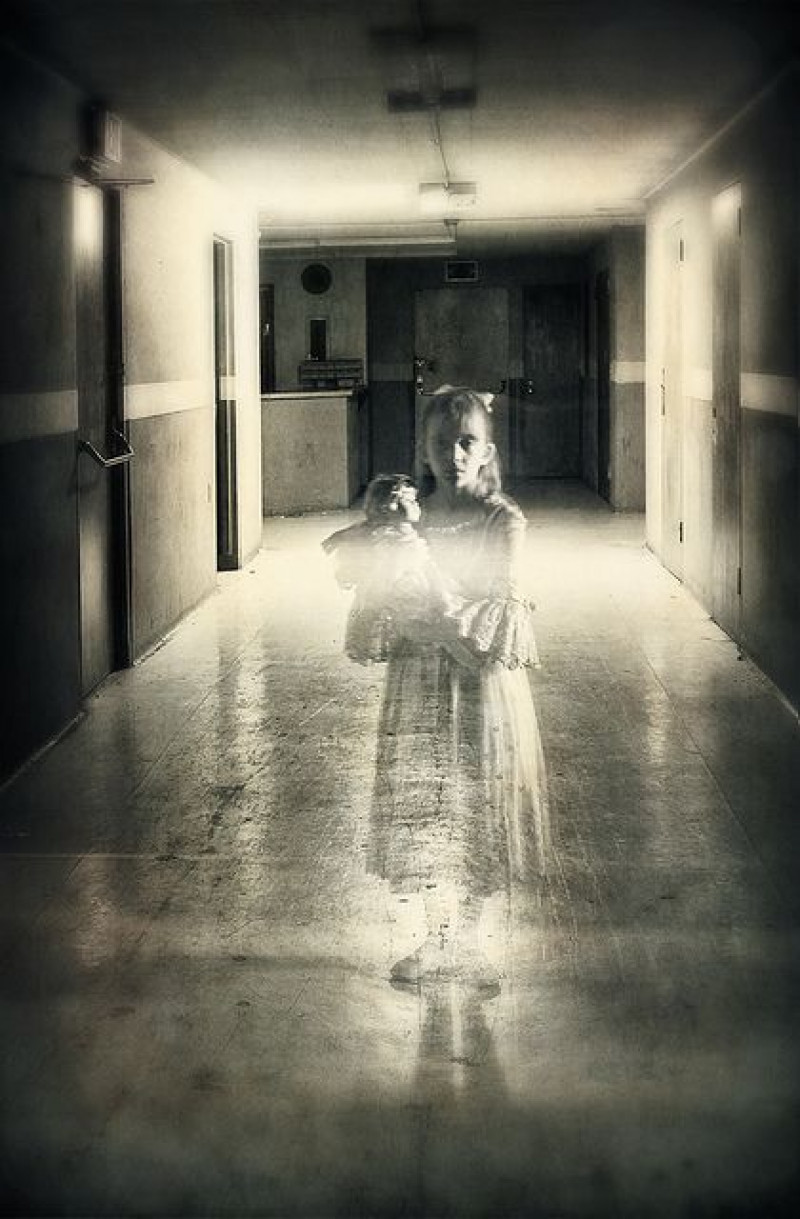 Favorite Quote:
"Una Vida, I have come to accept that I cant experience everything in life. But what I will, I'll experience deeply..."
-Shivya Nath

View profile
I am reading this at night and now am getting wild goosebumps! ,o,-,o, X