Alone on a Pier | Teen Ink

Alone on a Pier

Alone on the pier

The sunlight cascaded upon water below, reflecting off the stunning white of the concrete surrounding the pool. Children played with earnest, laughing all the while. Their parents sat near some reading books written by authors who had long since given up ambition now subscribed to a formulaic plot, or magazines with famous people smiling blankly. Greg took a step back and his faint reflection greeted him on the smudged window. He picked up his pants from the night before and rummaged around the pockets before finally coming across what he was searching for, pulling out a slightly crushed pack of Pal Malls. Greg pushed back the top and glanced down, only one butt was left, turned upside down. Behind him was a women passed out from a night of binge drinking, elicited drugs, and of course consummation of feelings so to speak, her golden hair obscured her youthful face. A face Greg had not looked at since having it forced upon him this morning. To him this girl was no stranger; to him she was Andrea.

Was it only yesterday that we set off on this grand adventure? Greg thought to himself. The day before had from the beginning been a whirlwind, more clear than the blurry visions of the night which lead to Greg bedding his best friend but barely. Andrea the daughter of divorced parents Alex White an alcoholic accountant and Rachel White a cutthroat reality television producer had always been the type to live on a whim. So when she called Greg up and invited him to Atlantic City he wasn’t taken so much aback as he questioned how she intended to afford such an adventure.

“I’m a little short on money” He said “Well to go on a road trip anyways,”

“Do you really think,” she said “That I’m going to make you pay?”

“First you know I hate that you call me that”

“Fine you don’t have to come,”

“I’m just teasing, but seriously what do you have in mind?”

“Did you steal her credit card?”

Fluorescent light drenched the small interrogation room Greg had been forced to occupy, the walls painted white and even the table and chairs had an egg shell pallet. The only company he had was his own reflection, much clear than earlier in the day. He thought of Andrea, whether she was in an identical room, whether she was being question, and most importantly what she would be questioned for. The long metallic handle on the door rattled and then went horizontal. In walked a very muscular man, his dark skin a welcome change from the white hue of the room. His brown eyes locked with Greg’s for a moment before taking a seat across from him.

“So mister Dowd,” he begins “I must be honest this doesn’t look very good,”

“Well the fact you and Miss White were hold up with a bag of prescription pills of course, none of which were your prescription,”

“Really, no drug, so if I pulled out your d**k right now and forced you to piss in a cup that sample would come back clean is that correct?”

Greg shifted uncomfortably in his chair.

“That’s what I thought, now you are in a very unique position Mr. Dowd,”

“See you have the opportunity to say that it was all her idea, that you had no clue that she had any drugs on her,”

“You want me to snitch on my friend,”

“Snitch, tell the truth, the line is very fine,”

“Why wouldn’t you offer this to her?”

“Who is to say that I didn’t offer her this same deal?”

“All I know for certain is my department received a call about a wild party in the room above theirs, I’ve seen this before a young guy falls victim to a powerful girl, they have some fun, but usually they get caught, and the boy goes from prince charming to a frog in a slowly boiling pot of water… he’s cooked,”

“Andrea would never do that to me,”

“Who is to say she hasn’t already, for all you know she’s in there singing like a bird, if by chance she isn’t and you do, well I mean you could be on your way home this very afternoon,”

“The way I see it, you can be a knight in shinning armor and take the fall for Miss White, or you can be smart about this and be on your merry way,”

To this point in Greg’s life, no one could accuse him of being as honorable as a knight.

“So what’s it going to be Mister Dowd?”

The sun caused his pupils to dilate; he stumbled for a moment before everything came into focus. The sea breeze calmed his nerves a bit, breathing in the salty air prompted him to reach into his pocket, and pull his last cigarette out. Behind him the door to the police station opened. Greg rolled the three-inch carcinogen infested stick between his fingers. From behind him he a man spoke.

The man was ragged, sickly almost, dressed in cargo shorts and a band t-shirt, a winter hat on his head despite the summer heat.

“Oh,” said Greg “Sure, I don’t deserve it anyways, so what were you in lock up for,”

Greg hands him his last cigarette.

“Me,” the stranger began “I wasn’t in lock up, not this time, in fact my life is turning around,”

“Said the man who just emerged from a police station,”

“I told you man,” he said lighting the paper “It wasn’t me who was f*ed, but can you keep a secret?”

“I was being a witness for the cops, had to tell them this blond b**** bought some pills from a guy at a bar I was at last night, she didn’t, but this big guy name like Hertz or Hurwitz or some s*** wanted me to tell them she did, I guess she broke his heart or something, I can relate Micah has had his heart broken many times, anyways I met him at the bar last night and he says if I do this for him, I can be in this show he making, pretty cool right? So that’s what I did,”

Greg tried to organize the hundreds of thought vying for his attention; one word came out of his mouth.

“Andrea, naw I think her name was Rachel, anyways I’m going to be on TV, thanks for the butt,”

Micah walked away smoke trailing in his wake, Greg stood there for a long while, alone on the pier.
THE END 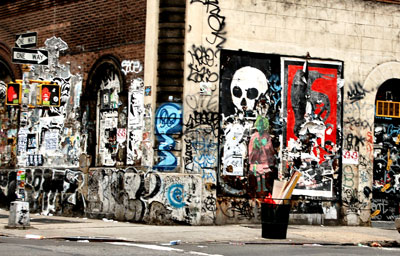