The fortress city of Undor stood majestically on the side of a mountain. Rolling grassy hills and a river stood before it, keeping the city safe from any attempt to capture it. But high above the fortress wall, a trumpeter was signalling the arrival of the enemy. Young Mark was inside the stable, carrying out his duties as a stable boy. Upon hearing the trumpet, he stopped and stood still. Everyone knew the meaning of this sound- the city was under attack! His father had told him stories of the old days, when attacks were common, and of the long, dreadful sieges, when there was little to eat, and the relentless battery of the catapults drove the citizens insane. Some would cringe when hearing these stories, but not Mark. His dreams of becoming a knight, and slaughtering villains, and saving his city from capture were too grandiose to be faltered by such minor dangers. Hunger! Ha! A lord of my intelligence would have brought enough supplies for a year into the castle before the enemies were even ten miles away, he thought. Marks’ thoughts were interrupted by a second alert. This one meant that everyone should be inside the castle walls by now. But peasants were still crowding to squeeze through the gatehouse, and into safety, behind the walls. Many were bringing in cows, horses, and pigs, but those with too many were forced to leave some outside the fortifications. There were already enough mouths to feed. The four men-at-arms stationed at the main gate were in charge with getting the unruly mob of villagers into the fortification. Above the busyness at ground level, up on the walls, the preparations for the defence of the castle were being made. Boulders and loads of arrows were being hauled to the ramparts, and barrels of tar were being raised to the walls. On the perimeter towers, the same preparations were being made. Mark was too busy observing everything that was going on to hear his father calling him.
“Mark!” A shake got his attention.
His father, the castle’s chief stable keeper, was in charge of all the horses that belonged to the knights of the city. His love of horses had been passed on to his son. In exchange for his service, Mark’s father and his family received a house within the inner wall, where only the Lord and his highest-ranking officials lived. “You must go to the keep! The barons are coming!”
Mark quickly reacted “But I want to stay here and watch the battle! I could help!”
“You will do no such thing! I will not watch you be slaughtered by these brutes!” was his father’s response.
“I’m old enough to fight! I could even through boulders off the walls!” Mark insisted.
His father stood by his word “No!”
So Mark ran off towards the keep, but as soon as he was out of his father’s sight, he ducked underneath a market stall, and then scurried towards a staircase that led to the wall. In the distance, the glittering armour and spearheads of the Baron’s army were pouring over the nearby hills, like a never-ending army of ants heading to consume a carcass. They were advancing steadily toward the fortress of Undor. The armourers were already distributing weapon to those who were able to fight- the men between 16 and 50. The professional soldiers were already posted along the walls and on the towers. The swordsmen lined up in rows, carrying large shields, to protect the archers behind them. The villagers with no military training had the job of throwing boulders, boiling water, and burning tar onto the attackers below. The women and children, as well as the elderly took shelter in the keep, which was far enough from the outer wall to be out of range from the catapults and arrows.
“Close the gate!” yelled a commander.

A dozen men began to turn the giant wheels that opened and closed the gates. It took three pushes from the men to get the wheel moving. The enormous double gates of Undor began to creak, and were soon closing steadily, inches at a time. With an ear-shattering sound, the gates slammed shut. Now whoever was on the outside would have a heck of a hard time getting in. These doors had resisted the battering of catapults and rams for centuries.
Suddenly, the lookout yelled “They have no siege weapons!” A few curious commanders climbed to the top tower. It would be suicide to lead an attack on Undor without catapults or rams.
“What are they thinking? Are they going to pick through our walls with their swords?” asked the captain of the Lord’s personal guards.
The lookout’s face turned white, as he pointed out into the distance. There, among the shields and spearheads, flew the banner of Sir Cedric Hardrake, Lord of Undor. As the “enemy” got very close, a wave of confusion and embarrassment swept over the commanders- this “army” was the travelling guard of Lady Ophelia Hardrake, the Lord’s sister, returning from her visit to their father’s castle. The lord’s general had assembled the army to defend the city against his sister! The captain of the guards was the one who received the terrible duty of informing Lord Cedric Hardrake of their terrible mistake. As the gates opened, an angry Lord emerged from his keep, and an unaware Lady emerged from her carriage, and as they greeted each other, roars of laughter filled the crowd. Soldiers, commanders, peasants, and priests, laughed together. And from a guard tower’s door emerged Mark, amused yet dissatisfied. His lust for adventure would just have to wait. 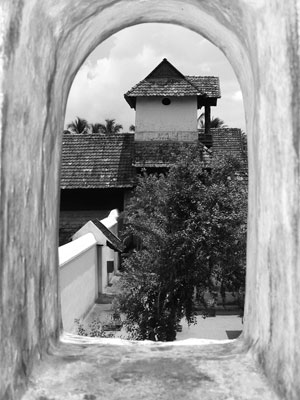 Hermione-Granger BRONZE said...
on Oct. 29 2018 at 2:24 pm
Hermione-Granger BRONZE, Bethel Park, Pennsylvania
4 articles 0 photos 198 comments
View profile
This made me laugh! I love the twist at the end of the story! My only criticism is that I don't understand how the title meshes with the story. Maybe other people do, maybe it's just me. I don't know. But that really doesn't detract from the story at all, so great job!
PS, I also didn't find any grammar errors. Congrats!