The blank; closed lids flutter open: the lavender hues on the crimson lashes: flashing open: as its hooded face bends backwards: its black cloak shrouding its face, its fingerless gloves: groping for its hood. Untouched by the light: that floods in through the window: its ghostly lips rise open; garish as the blood that drips; from its arduous lips: tender as the tears: that fall: as rain from the window; from its eyes.


Bald: moon-like: shiny head: crowned with silver foil, like an egg: its mouth: tumbles open: and its throat; gurgles a sound: like gutting sewers; like a diary: being opened: the words: springing off the page: its thoughts: naked; laid bare: as its tale: slips through: its slime. In the tunnels: of its mind: beetles lurk: like fireflies: churning a film in its mind: an old box; storing its shame: its evil; its red gaze.


Flames: lighting the end of its hairless scalp: rise up: like plants: pink in their buds: the weeds: on fire: as the blue lilies: float like boats; across the peaceful: crafted mosaic. The stems: of the petals: fly across the lake; azure: its waves: weeping like tears: like gold: as it is melted into lava. The black shoes: tap on the white shore; the wallpaper: of blue sky: the yellow sand: clear: the shells: that wash with the sea: the arc: of the ocean of sky.
The crown: that unseats: from its rubies of curls: mixes with the pearls: that overflow: like the foams: of a green waterfall: the chipped: black insides: sliding down its stone: marble face.


Beneath the hard rock, lies emptiness: the skin: a scaly: mask: a face: to be hidden in: it is red: its mind dark: its soul: played like a harp: its enemies lying still: beneath the sea: that parts all.
A final parting place: for this cold: creature; its mounds of dirt: caving in: its face: its mouth; trickling blood: as the green, burns: a fireplace; in its eyes. The dark: casts a shield: over its splint-like fingers: the water falling; from the rock; the magic: dissipating: as wispy as a cloud.


It is blue as ice outside: as I think; that everything was easier when the rain: had invaded the caves: when it was cold: always: not just in the heart…that lies still: forever. 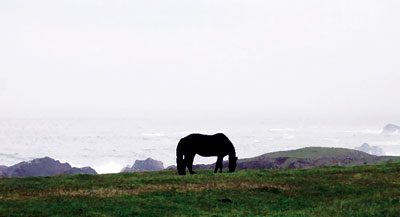 This piece; of horror fiction: is vivid and escapist; its Gothic theme; forming; to create a ghost tale. I hope you enjoy; this expression of sin; horror motifs; and mythological references; that creates a single piece; of dark literature. The old myths; are written to create; a modern telling; of an ancient fear.

Favorite Quote:
"All growth is a leap in the dark, a spontaneous, unpremeditated act without benefit of experience."