Edith Head said: “Your clothes should be tight enough to show you’re a woman and loose enough to show you’re a lady.”
Why are the women in our present culture so obsessed with showing off their bodies? Under the guise of liberation and freedom, inappropriate apparel has become an outward expression of “retaliation against the patriarchy.” We are now seeing teen boys wearing mini-skirts to school to contest “misogynist” dress codes at their school, and it is seen as a positive. Have we lost all common sense to understand that it is not out of love and consideration for boys to oppose rules that would make the ladies at their schools cover up their bodies? Who is the real “victim” of “misogynist” dress codes? The girls who would be respected for their minds and their virtues instead of their bodies? No! (Hint: it’s the boys)
Stop fooling yourselves into believing that the fewer clothes you wear, the more people will take you seriously. Do your research and see what the science says about men who see a covered-up woman versus a half-naked one. It is an involuntary switch in their brains that goes from human being to object. If you look up “sexy” in the thesaurus, “beddable” is a synonym. You want to fight for equality and respect? Don’t try to look beddable; try to look respectable.
Have you ever heard the phrase, “if you can’t beat them, join them?” Celebrities such as Cardi B and Megan Thee Stallion took this to heart. Men objectifying women is BAD. Instead of fighting against this problem, Cardi B didn’t try to beat them, so she joined them and did the work for them. She objectified herself.
If you want to be respected, you need to respect yourself. I’m not trying to say that you need to cover up from head to toe, only to have prudence when you dress. Bras are not shirts; thongs are not swimsuit bottoms. You can be both fashionable and be respected, don’t let anyone tell you otherwise. Wear things that compliment your body; that will show the gender that God blessed you with. But don’t sacrifice your integrity to impress a boy or to make a statement. 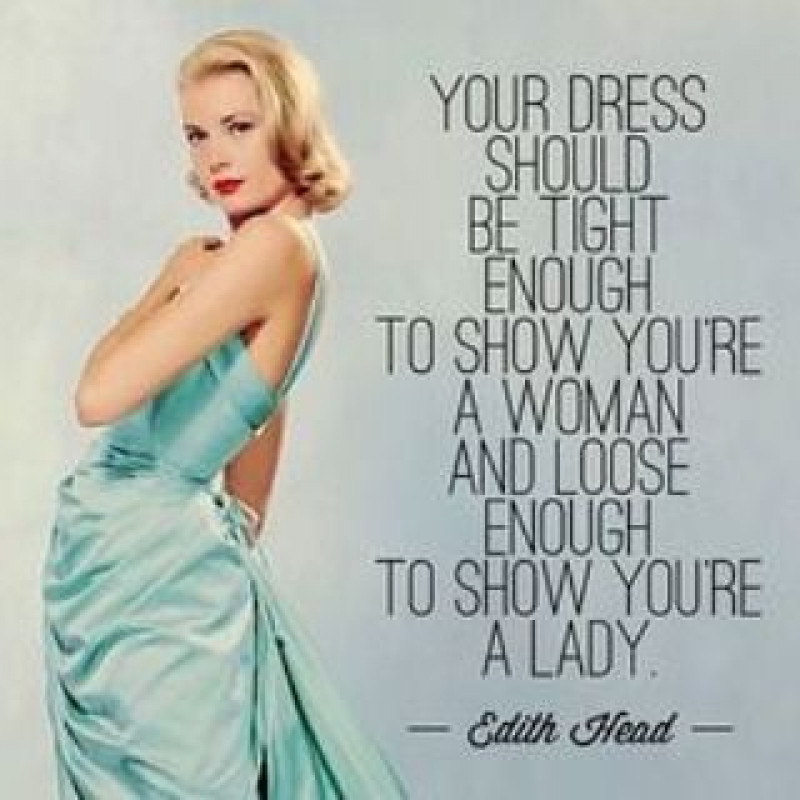 I am proud to be a lady, and so should you!