Hi everyone, are your friends real always? For me, they're not. I really use to talk with my imaginary friends as fairies, unicorns, and all mythological beings. But I am not psycho, OK? I would like to mention that my imaginations are the cause that I am euphoria. I am always in utopia with my imaginations.

I am a real believer in magic. I refresh my soul through imagination. I would like to believe that fairies create rainbows, unicorns color up the clouds, and mermaids make the sound of the waves, though I exactly know the scientific reasons behind them. I read the fairytales of Brothers Grimm and Hans Christian Andersen by living in it.

Once, I was competing for a creative writing competition. While I was preparing for it, one of my friends asked me, "Hey! You little kid, Why are you believing those fairies, unicorns, and all those stuff? They are for kindergarten kids, not for teenagers." I wondered and curious that why she criticizes my imagination and creativity.  So I told her. "That's my imaginations. Though they aren't true I am in utopia with those. But I enjoy my teenage well." Later I won first place in the competition.

Do you know, even Isaac Newton said, "THE ONCE WHO BELIEVE IN MAGIC HAS A GOOD CREATIVITY"? So, anyone may criticize your imaginations, or the magic, miracles you believe in. But, follow your dreams and your heart to catch the stars. The magic in you is always with you. Be a dreamer. It will become true. Just be in your utopia to be in euphoria. 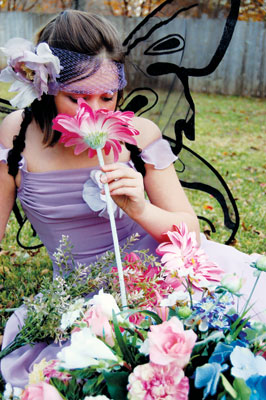 Don't have limits for your creativity