Does High School Start too Early?

Teenager’s health, well-being, and academic performance are highly affected by how much sleep they get, but teens usually cannot get enough sleep because of how early school starts. Professionals have concluded that teens need at least 8-10 hours of sleep in a night, but this is not usually achieved. A result of lack of sleep is less understanding of what they are learning and worse grades. In addition, various health problems can arise from lack of rest. Schools need to take action for the benefit of students and switch high school start times to start later in the morning.

There is a biological reason that it is difficult for teens to get up early. Studies prove that teenager’s biological sleep patterns change as they get older and tend to lead to them naturally wanting to go to bed after 11 p.m. Teens often have to wake up at 6 a.m. or earlier to get to school on time, and going to bed early is often is a very difficult or impossible schedule for them to follow.

Waking up too early can significantly affect a teenager’s ability to learn in the morning. When high school students were asked if they have ever fallen asleep in their morning classes because of being tired, ⅓ of them replied that they have. If students are falling asleep in class, how are they supposed to actually learn anything? “As a person who walks to their bus stop when it is dark, it is scary walking early in the morning when I’m tired,” high school sophomore Alexis Swidas said. “I’d rather walk while it’s daytime and I’m more awake.” If start times are pushed later, students will be less tired, and their understanding of what they are learning can be improved greatly and test scores and grades will be boosted.

Early school start times can also lead to a decline in students’ health. Not enough sleep has been proven to be associated with higher risks of drinking alcohol, using drugs, smoking tobacco, and being overweight for teenagers. Teens will also likely engage in less physical activity during the day because of how tired they are. A study showed that when teenager’s school start times were at 10 a.m. their illness rates decreased by over half in the span of just two years. Schools need to respond to the fact that it’s important for teens' health and well-being to get an adequate amount of sleep.

Looking at this issue in one area in particular, Seminole County high schools start at 7:20 a.m. or earlier. Walt Griffin, the Superintendent of Seminole County, addressed the problem and agreed that it would be beneficial for high schools to start later. Although he thinks it would be a good idea to push back start times, he recognizes it would be difficult to take action because it would currently be too expensive to fund more buses to get the students to school on time. Although he has not figured out how to solve the issue yet, he asked the school district’s business advisory board to investigate more on the problem to see if they can find a solution.

Many people in Seminole County think that moving start times later will not work because they believe that the kids who need transportation through buses won’t be able to take buses anymore since the bus drivers will be busy with the elementary schoolers. But there is a very simple solution to this issue: High schools and elementary schools swap start times. Since younger children in elementary school are easily more awake and alert in the morning, they can take the earliest morning bus route and high school students can start later. This will not be a loss to them because their biological clocks contradict teenagers, and they are more wired to go to bed early and wake up early. In this scenario, teens are able to avoid the negative effects associated with waking up early and not getting enough sleep.

Although there are many benefits to switching school start times, there is one problem: If school is pushed back to start later, it will also have to be pushed back to end later. It is possible that students will lack the time to complete all of their activities after school, such as jobs, homework, and sports. “I also think that it would be a detriment to others... as students begin to work and have the need to work to provide for themselves, to provide for their cars, to provide for their families,” principal of Lyman High School Michael Rice said. “There’s always that group that's gonna get affected negatively in the long run.”

Ultimately, the pros for changing start times outweigh the cons, and students in high school would benefit greatly from shifting their school start times later. Teens health and academic performance will be enhanced by getting a more adequate amount of sleep as well as starting their day off later in the morning. The fairly simple fix to this issue makes it unreasonable for schools not to recognize the problem and make a change to fix it. Now is the time for schools to take action for the benefit of their students! 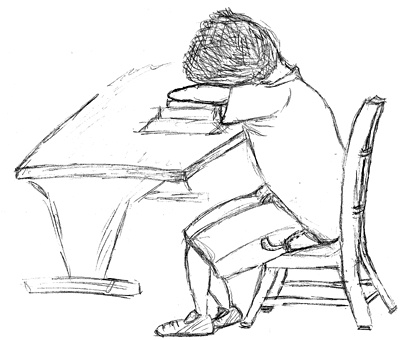 My name is Ella. I am a high school sophomore in Florida. I wrote this article because I have personal experience with this struggle. I am the definition of a night owl, which is not ideal in high school. My ideal goal of this article is that in the future, school start times will get changed. At the least, I hope that other teens will relate and enjoy and interesting article.