Stop Vaping. Because If Not Now, WHEN? | Teen Ink

Stop Vaping. Because If Not Now, WHEN?

I was 15 when I first inhaled a vape cloud.

It was at an English academy, and I was sitting behind a boy one grade higher than me. During break time, it seemed as if he couldn’t stay still, as he was shaking his leg like crazy. After a minute or so, he quickly stood up from his seat and rushed out of the classroom, and into the staircase. Me, being a curious freshman, quietly followed his tracks, only to see a small, glowing USB-size stick in his pocket. As he walked down the stairs, he put the USB-like object to his mouth and inhaled deeply, releasing a faint trail of smoke behind him. I stopped in my tracks and sniffed the air. Blue raspberry. That’s what it smelled like. As I stood in the staircase for less than a minute, my head started to ache due to the artificial and intoxicating smell of the vape cloud. Not being sure of what I had just witnessed, I ran back to the classroom.

It was a matter of time before I realized that a large part of my age group had already been consumed by the sweet charm of vaping.

Today, millions of teens in the United States are vapers, meaning that they are addicted to nicotine, and are risking their lives every time they inhale that artificial, chemical cloud into their lungs which they will use for the rest of their lives. Though vapers include both adults and teens, vaping is especially detrimental to teens–not only health-wise–but also in legal terms.

While it is a common belief that vaping is much safer and is a healthier alternative to smoking cigarettes, this is a misconception.

In 2019, a 17-year-old high schooler named Austin fractured his lower jaw and lost multiple of his teeth due to his vape overheating and exploding in his mouth. Though his mother had purchased him a vape in hopes that he would quit smoking, he ended up with far more serious consequences and had to undergo surgery at a trauma center. Austin is not the only one who has suffered major injuries from vaping. Several federal agencies have found that there was approximately 2,035 e-cigarette explosion and burn injuries in the U.S. from 2015 to 2017, and the numbers are only rising. Even the Food and Drug Administration has gotten involved and expressed its intense concern on how vapes are causing unpredictable damage.

The health hazards of vaping do not stop here. Since vaping has only been around for approximately 20 years, humans do not know the full extent of damages vapes can cause. As a result, the public has extremely limited knowledge on the endless health consequences of vaping, and this especially includes teens, most of who believe that they are only up for short-term effects, when it’s the long-term ones that matter.

According to The Centers for Disease Control and Prevention (CDC) and the Food and Drug Administration’s (FDA) 2016 National Youth Tobacco Survey, young adults who use e-cigarettes are more than four times as likely to begin smoking cigarettes within 18 months. In addition, vape use increases the risk of ever using combustible tobacco cigarettes among youth and young adults. Once again, teens are the main targets of the consequences of vaping, and extensive research by the CDC and FDA has even proved that early nicotine addiction can harm brain development and alter nerve cell functioning. The health of the future generation of America is being destroyed by these compact and seemingly harmless sticks that can even lead to cancer due to overheated vape and e-cigarette liquid containing hazardous substances such as chromium, nickel, and lead.

Not only is vaping causing harm to users’ healths, but it’s also making young adults criminals even before reaching the age of 18 to become legal adults.

Based on the results of the 2019 National Youth Tobacco Survey, the CDC and FDA have found that a flabbergasting number of 5.3 million teens–the equivalent of the entire population of Norway–use e-cigarettes on a daily basis. This has caused the United States government to label teen nicotine vaping as an “epidemic” to highlight the seriousness of the situation, since it is illegal in all states for people under 18 to purchase e-cigarettes, and some states have even raised that age to 21.

While remaining silent on the accusations that their target consumers are minors, vape brands such as Juul have been specifically and intentionally targeting teenagers by producing mango, mint, menthol, creme, and other fruit-flavored vape liquids. However, forty percent or higher of high school students who use e-cigarettes tend to use a brand other than Juul, which increases the risk of them illicitly purchasing from potentially dangerous and unapproved vape brands. Not only are teens committing crimes when underhandedly purchasing vapes and e-cigarettes, but they are also putting their health at risk by smoking vapes from unknown and unreliable sources.

Though the United States government, FDA, and CDC have already shown great effort to reduce and prohibit vapes and e-cigarettes, stronger measures must be taken to strictly ban vaping. Yes, Juul has stopped producing its most popular flavor, mango, and the FDA is currently considering banning most vape-flavors, but mere consideration is not enough. As it is clear that the public will no longer listen to light messages and easygoing laws, both state and federal governments need to enforce and ratify stronger laws that put heavier pressure on illegal vapers and vape companies.

Today, the public still does not have a crystal clear understanding of the hazards of vaping: that it can cause fractured jaws, cancer, and permanent damage of nerve cells. Even at this very moment, teens across the country are illegally buying vape pods and e-cigarettes, disillusioned by the misconception that vaping is a healthier alternative to smoking cigarettes.

Are we really going to let these small, pathetic pieces of plastic and metal ruin the future of America?

STOP VAPING. Because IF NOT NOW, WHEN? 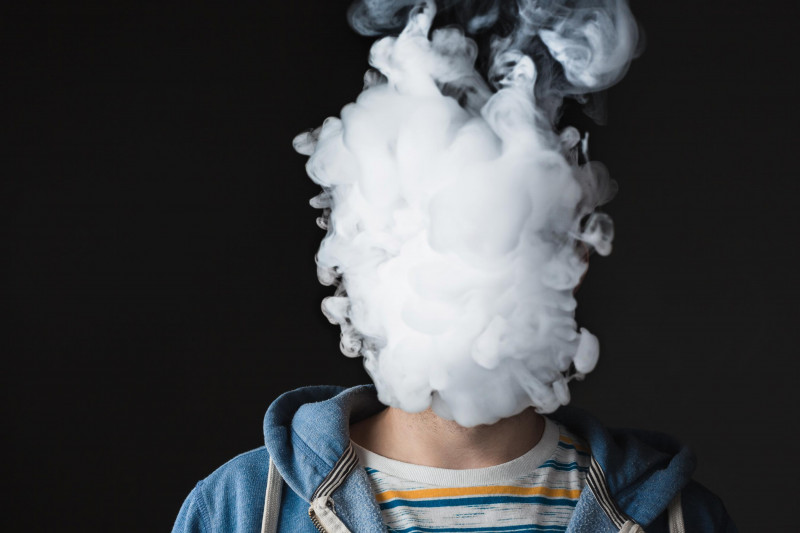 This piece discusses a growing health concern: vaping. As a teen myself, I feel that other adolescents should be accurately informed of what they are getting themselves into.