Favorite Quote:
I hope to change someones life one word at a time. Hopefully, it's a positive change and it's for the better, but any change at all is a step to an amazing new future.

Constantly on the go, teenagers skip breakfast to catch the bus and indulge in the splendid lunch treats such as Bosco Sticks or Chicken Nugget Wednesday. Unfortunately, habits like these are contributing to childhood obesity, something our country is becoming all too familiar with.

The CDC(Center of Disease Control)recognizes that teens spoil themselves with sugary drinks and do not exercise enough, but there are ways to kick these unhealthy lifestyles. The CDC recommends exercising for at least an hour a day with three hours of muscle strengthening a week. Unpleasantly, only twelve percent of teenagers questioned in this poll met the standard requirements for healthy lifestyles. Furthermore, with schools continuing to cut gym programs and videogames becoming more ubiquitous in homes around the country, teens are not getting the recommended amount of workout time.

So, what can you do to kick these habits?
Pass on the Doritos. True, the cheesy goodness of those corn chips feel scrumptious on the taste buds, but reaching for the Quaker Rice Chips fill you up, not out.
Exercise during commercials. While watching the latest episode of Jersey Shore, during commercials do jumping jacks until the break is over. The average commercial break is about four minutes, and there are about eight to seven minutes total in a thirty minute show. Is eight minutes too much to ask for?
Drink more water. The flavorless idea of water turns off even the fittest health nut, but it does not have to be boring. Buy a snazzy water bottle from Wal*Mart and fill up every time you get the chance, even if you don’t feel thirsty. Drinking water not only cuts the sugar out of your diet, but helps with your complexion as well. 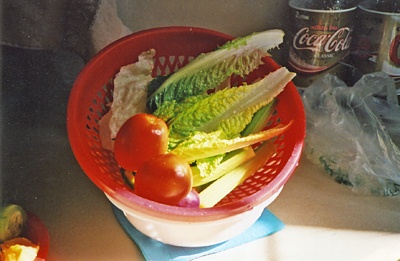