Why I think you should not smoke in public | Teen Ink

Why I think you should not smoke in public

Why I think People should not smoke in public

As the second week in December creeped closer, one event
never seemed to faultier, the reacquiring visits from the UPS truck.
Loaded down with packages, like Christmas had come early,
the mail carrier stumbled to my front door. Hearing the sound
of his truck my Mother would be waiting at the door to transport
all the packages to their assigned room. My package was its
medium size, and as usual I was partially excited to what was
hidden inside the brown box. Yet, unfortunately I know how to
react, despite whatever is tucked inside. I tore open the box, took
out the tissue paper, and even though the gifts are wonderful all I
can really notice is the horrible stench of a cigarette's odor.
I am highly allergic to passive or secondhand smoke, so to my
displeasure I am only able to salvage items that are completely
sealed. All the outfit's and plush toys must be taken from my room
because sadly my Grandmother is a cigarette smoker.


I came across a number of interesting fact's, that many
people seem to overlook. Passive or Involuntary smoking
occurs when the exhaled and ambient smoke from
an individuals cigarette and is inhaled by another.
In June 2006 U.S. Surgeon General Richard H.Carmana
said " The science is clear, secondhand smoke is not a
mere annoyance, but a serious health hazard that cause's
premature death and diseases in children and non smoking
adults." (cdc.gov) If passive smoke contains more than
two hundred fifty chemicals known to be toxic or
carcinogenic (cancer causing),and infant's exposed to
secondhand smoking are at a greater risk of SIDS
(Sudden Infant Death Syndrome) why is buying a cigarette
legal to anyone 18 years of age or older?

I recall relaxing on the soft white sand beach unaffected
by my surroundings under the heat of the Florida sun, when
suddenly my throat started burning, my nose gave the
sensation it was about to bleed, my face felt flushed and
my eyes red. Where did this sudden reaction originate?
An unaware and carefree individual lighting a cigarette
on the beach. With every puff of smoke that blew my way
the reaction worsened, until I was forced to leave.
Seemingly oblivious to this smoker, was the dreadful
sequence of effects they just initiated. Everyday far to
many children suffer from these same symptoms, and some
children raised in homes with a smoker can suffer asthma
from the passive smoke.

I recently took a trip through the Internet's wide array of
resources regarding Tobacco. I discovered it wasn't always
the addictive nuisance it has became today.
Tobacco has a long chronicle of literature all its own, and
has lingered in society for generations. In 1512 Portugal
was the first country outside the America's to cultivate
Tobacco. In 1560 Tobacco was introduced in Rome and in
1570 was successfully grown in Germany and Switzerland.
Tobacco, as I've learned, has gone through an
unbelievable transformation since those times. I'm referring
to the additional additives in modern cigarette tobacco,
such as, the poison Nicotine, Arsenic ( used in rat poison),
Ammonia, and Formaldehyde (used to preserve body
tissue). Thus, the substances in a cigarette can irritate
the walls of the throat and the bronchial tubes. Mucus is
produced which clogs up the Respiratory Passage, this
makes breathing difficult and leads to a 'smoker's cough'
causing Bronchitis. Cigarette smokers are also two - four
times more likely to develop coronary heart disease than
a non smoker.The human interior aside, cigarette tobacco
cause's the smoker to have early wrinkles, teeth rotting,
bad breath and the constant essence of cigarettes in
everything they have or wear, especially gifts they give.

A great number of American's are incarcerated every year
for the use of drugs, such as, Marijuana and Cocaine. For
possession of illegal artillery and drug trafficking. Each of
these have the potential to harm even kill the user or an
innocent bystander. Parent's can have their own children
placed in government homes for parental negligence.
There are laws against each of these, yet nothing
prohibiting the use of chemicals in the form of a cigarette
that has been proven to pollute the air with passive smoke
and hazardous chemicals, that harms, not only the smoker
is making the conscience decision to smoke but also the
children and non smoking adults have to suffer their
consequences.

This is America, so yes you are free to smoke a
cigarette and accept all the detrimental side effects.
I believe smoking in public should banned for the health
of children and non smokers. For one less reason a fire
to start burning on this earth and thousands of families lose
their homes due to one cigareete.We live in a world of
change, isn't it time to start changing for the better.
Make tomorrow a healthier and more comfortable place
to live. Everyone in society should not have to suffer the
repercussions of ones' choice to damage themselves
We live in America, everyone has rights, even the non smoker. 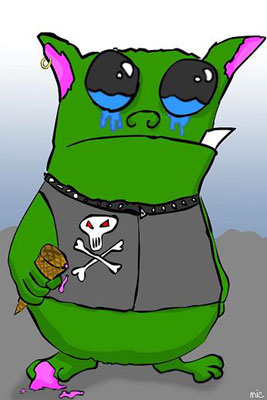