A Strange Day in July

July wasn’t his favorite month but it was hers, so for just that reason he went with her on what she called a “nature hike.” They walked for hours until the only thing lighting the way was the bright moon itself, the only contrast against the midnight sky. They would have gotten their sooner but Aubrey kept stopping ever few feet to point out trees she claimed “sparked with personality!” With the use of their constant night light they finally settled into a spot. Dean noticed that she was being particularly chatty. She covered everything he had missed while gone at camp: school, the latest town gossip, and how her family was doing. “Sometimes it’s like time is going by so quickly,” She said as an after thought. And with that statement Dean realized this went beyond the small talk she was desperately trying to create. Drifting into a comfortable silence Dean thought over Aubrey’s words. No matter how much he analyzed it, he still couldn’t grasp why this was happening. As he thought, he began to realize that his best friend was right. Time was slipping by, and he couldn’t get a hold on it. Longing for something to do Dean pulled out the note she wrote him a week after he’d left. “They finally found out why I’m so sick D, its cancer. I don’t think it’s that bad but the chemo starts in a week and I’m scared. I wish you were here. I love you. –A.” He’d gotten the first train ride home that day. No matter how many times she brought it up he tried so hard to ignore it. But he kept looking down and it was still there written in her sloppy boyish handwriting.

“Come on D its getting late.” He nods, and because her energy is almost gone helps her up. They walk to the edge of the lake. Picking up two stones Dean throws them forcefully into the water the first one for himself, because he still can’t accept it. The second for God, the man who let this happen. Then before he turns to leave he picks up a third and final stone for Aubrey. He threw this one with all his might but the third came skipping back, and it gave him a glimpse of hope. “Okay, I’m ready.” 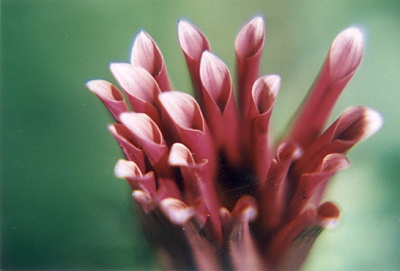 The author's comments:
Hello! I'm Blaire, I enjoy long walks on the beach haah just kidding! I'm very outgoing and pretty much amazing! :)
add me on myspace
www.myspace.com/iwearsunglassesatnight99
Post a comment
Submit your own