I have been living with diabetes (type one) since I was four years old. Diabetes (type one) is where your pancreas stops or doesn't make enough insulin. It has been a challenge all of my life living with it. When I was little all I understood, was the fact that I wasn't normal and could not always be like everybody else. I was made fun of multiple times. Now, thirteen years old, I am still at a challenge with accepting it. A few weeks ago, I went to the doctors, an endocrinologist, a diabetic specialist. They discovered I was not testing my blood glucose as much as I should have been. I made a HUGE mistake. My parents were disappointed, I was grounded for at least three week from sleepovers, and was threatened on not going to Washington DC for the eighth grade field trip. Since then, I have been testing and doing everything right. But then last week, my sugar got out of hand. For no reason of why it was so high, I wound up in the ER for a few hours and missed two days of school. There was nothing I did to cause it or could do to stop it. I still have not accepted the fact though. I still wish I was just another kid. But I am not. And that's life. I am thankful for what I have though. Great friends, a loving family, and I couldn't ask for anything more. 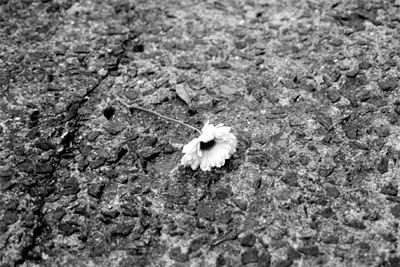 The author's comments:
I just wanted to inform people of diabetes, and just because someone is different, for something they can't control, does NOT mean they should be made fun of.
Post a comment
Submit your own

View profile
I'm sorry for having people be such jerks to you. I know how you feel. I have a learning disorder. Audtiory processing disorder and kids made fun of me for not following directions correctly or hearing things weirdly. Things get better as you get older I promise. I'm in high school and it doesn't happen as much anymore. Keep writing! I love your writing! You can be safe!
IRBFGW DIAMOND said...
on Apr. 16 2009 at 8:53 pm
IRBFGW DIAMOND, Cincinnati, Ohio
53 articles 1 photo 223 comments

View profile
That's terrible that kids accually made fun of you over something you can't control, and a very seirious diesease! This is a great informing piece of writting!