You know you have ADHD when…1. You’re talking on your phone to someone and you start to panic because you can’t find your phone. 2. When you forget what you were going to say a split second before you want to say it. 3. The best pet for you is one that reminds you when it needs to be fed. 4. SQUIRREL! You know that dog from the movie Up? Well that’s Dug and he also has ADHD. He is always getting distracted … I really love your hair today! Did you do something different? It’s so shiny … Did I tell you about my new cat, Rascal? He’s so cute! He’s gray and soft and … oh, wait. Um … So yeah. Let me tell you a little about ADHD, its symptoms, effects, and treatments.


You know you have ADHD when you spend forever looking for your car keys and find them in your pocket. ADHD, or Attention Deficit Hyperactive Disorder was first mentioned by a British pediatrician named Sir George Still in 1902. According to Healthline, Sir George Still described ADHD as “an abnormal defect of moral control in children”. He found that children with ADHD couldn’t control their behavior. He also thought it may be attributed to genetics. Before Still, people believed that ADHD was a result of bad parenting. In the later part of the twentieth century, ADHD was finally recognized as a true disorder, but was thought to be due to brain damage. Before the disorder was actually labeled, a treatment for behaviors associated with it was discovered.


You know you have ADHD when you wake up at 7 a.m., but you’re not really awake until ten when your stimulant medicine and maybe some caffeine kicks in. There are two common forms of treatment for ADHD: medication and/or therapy. However, specialists agree that the ultimate treatment for ADHD is a combination of both. In 1955, the first stimulant medicine to treat ADHD was approved by the FDA. Then, in 1966, the second stimulant medicine was approved. After the second medicine was approved, many more medications started to appear. Medication helps in many different ways. It can help the person be more alert, do better in school, and can also increase obsessional behaviors. There are two different types of medications for ADHD, stimulant and nonstimulant. A stimulant medication increases alertness, attention, and energy. It also elevates blood pressure, heart, and respiration. Adderall, Focalin, Concerta, Quilivant XR, Ritalin, and Vyvanse are some examples of stimulant medications. Nonstimulant medications were created specifically for ADHD and ADD and last longer. They don’t wear off suddenly like some stimulants do. Nonstimulant medications also decrease the likelihood drug abuse problems like some stimulants. Intuniv, Kapvay, and Strattera are some examples of nonstimulant drugs.
You know you have ADHD when your mood is all over the place and you can’t control it. According to Caroline Miller from the Child Mind Institute, there are two types of behavioral interventions that can help children with ADHD manage their symptoms. These therapies don’t affect the core symptoms, but they teach children skills they can use to control them. Most doctors recommend therapy before they prescribe medications. Behavior therapy helps improve a parent’s parenting skills and the child’s behavior. Most of the time behavioral therapy works and the child will not need to be prescribed medications. Behavioral interventions are led by a therapist who teaches parents skills they are asked to use for a week. When the therapist sees the parents next, they will review the progress of that skill and then will continue by teaching additional skills.


You know you have ADHD when you get yelled at by your mom for shaking your leg 24/7. There are many symptoms of ADHD. Some you can physically see, like someone bouncing their leg or fidgeting with things. Other symptoms only affect the person with ADHD. Someone with ADHD may become easily distracted and unable to focus on more than one thing or on the subject at hand. You may catch them daydreaming more than the average person. Irritation levels are elevated in those with ADHD and teens will display more impulsive behaviors and tendencies. They may do or say something rude or mean without thinking about the consequences. As the teen gets older, the symptoms of ADHD will worsen if they do not get treatment for their disorder.


You know you have ADHD when you forget what the assignment you're doing is about three seconds after your teacher explained it. There are many ways ADHD affects teens in school. Because teens with ADHD are easily distracted and have poor concentration, they may have problems. Without treatment, their grades could drop to the point where they are failing. Not being able to hold still and the constant need to be messing with something or moving is another way ADHD affects a teen’s life. ADHD can cause the teen to interrupt their teachers and peers or have issues waiting their turn. A teen with ADHD may have tendencies to lose things quite a bit, like homework assignments textbooks.


You know you have ADHD when your parents want to pull their hair out because you're bouncing off the walls. ADHD affects the teen’s life in school, at home, and in public. Not only does it affect the teen’s life, but it also affects their parents, siblings, and friends. ADHD can be stressful to parents as they may think it is their fault that their child has a mental disorder, but in reality, it’s not anyone’s fault at all. ADHD can cause siblings to fight, which can put a lot of strain on the child and their siblings. Teens have trouble making friends and keeping them. They will often struggle starting conversations and holding them. They may be prone to overreacting in some situations. They might lash out physically or throw fits when they are no longer at the age that it is appropriate.
ADHD was first diagnosed by Sir George Still in 1902. One hundred and fifteen years later, the Centers for Disease Control and Prevention estimates that eleven percent of children under the seventeen … that’s approximately 6.4 million kids nationwide have been diagnosed with ADHD. While some people argue that parents seek ADD and ADHD diagnoses so they can medicate active kids, the fact of the matter is that ADD and ADHD are disorders that should be taken seriously. They not only affect the person diagnosed, they also affect that person’s friends, families, teachers, and employers. By knowing more about ADHD, I hope that you understand all that one who is diagnosed with it faces on a daily basis. 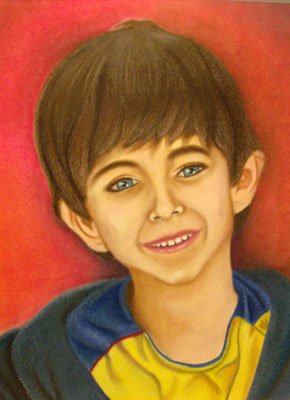