Sexual Slavery: It Happens Here, Too

In the two minutes that it took you to turn your laptop on so you could check Facebook today, another child was sold and forced to become a sex slave.
And maybe you're thinking, gee, that's awful. Those third world countries should really get their acts together. But it's not happening in a third world country. It's not happening somewhere far away across the ocean. It's happening right here, right now, in a country that's supposedly one of the most advanced in the world.
You wanna know the worst part? It's happening to kids that are exactly like you and me. In fact, there's a pretty big chance that this will happen to someone you know. And, well, I hate to break it to you, but at the rate those numbers are going up, it wouldn't surprise me if it eventually happened to you.
Sexual slavery is the second biggest criminal industry in the world - it's on the list right below drug trafficking, but it's growing at a much faster rate. And what's weird is that people have absolutely no idea what a huge issue this is. There are twenty-seven million human beings in slavery today, and 90% of them are children.
If you open a newspaper, you will find at the very least two or three articles with the word 'drugs' in the title, but you'd have a hard time finding a mention of sexual slavery. Why isn't such an important topic making headlines, and why are people so clueless about it?
I don't have the answers to these questions, but there's one thing I do know: as teenagers, we're the ones that this affects the most. Most prostitutes and sex slaves are around the age of thirteen years old, and more kids are being taken every day - from malls, schools, parks, bus stops and even movie theaters.
So what can you do to help? First of all, get informed: you don't want this to happen to you, and knowing the warning signs will help you prevent this. Then, if you want to take action, there are tons of things you can do. Raise awareness by telling your friends or writing an article for the school newspaper. Volunteer at a nearby shelter that houses recovering victims. Schedule an event in your school or church. Get together with your friends and have a fundraiser, like a bake sale or a car wash.
The possibilities are endless, but one thing's for certain: we have to speak up about this. We owe it to those who can't.
For more information on this topic, visit beautyfromashes.org 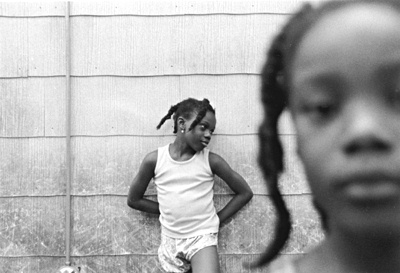