Favorite Quote:
All that we see or dream is but a dream within a dream
-Edgar Allen Poe

Approximately 67 million households in the United States own pets. Around 83.3 million of those pets are dogs. Most of where these dogs are bought is from a pet store. Puppy mills are the top seller of dogs and most pet stores buy their dogs from puppy mills. The United States should shut down puppy mills because of money raking, animal abuse, and bad conditions.

First reason the U.S. should shut down puppy mills is because of money raking. Firstly puppy mills sell sick pets to buyers. Owners buy the sick pets for loads of money, then the pet would die shortly after and the owner loses money. Another reason is when the pet owner buys the sick pet; they would spend money to get the pet healthier. Secondly puppy mills make money off of the animal’s pain and work. Mother animals give birth to a new litter after they have the litter before they have time to recover. Also most animals die during the process of breeding. In other words, puppy mills money rake pet buyers and make money off of animal work.

Second reason why the U.S. should shut down puppy mills is because of animal abuse. Firstly, animals are not being fed properly and they live in horrible conditions. Animals live in small, cluttered cages, living in their own, and others filth. Pets do not get fed often and their food is not clean. Secondly puppy mills kill some of their animals. When a mother animal cannot be bred any longer the dog will be killed inhumanly. Along with that, if the puppy mill does not get the right breed they wanted they will take the animal that they were sent and they kill them. There for, puppy mills abuse the animals and they should be shut down.

Last reason why the U.S. should shut down the puppy mills is because of bad conditions.

Firstly, the animal treatment is horrible. Animals are worked to death form breeding and being stuffed up into cages. The animals are not taken care of properly from their food to where they are living. Secondly, workers are not treated right from the money they make to the way they are treated by each other. The workers are not treated with respect and if they are hurt they are not cared for. The workers do not have a stable amount of payment when they work over time. There for, puppy mills should be shut down because of bad conditions for animals and workers.
On the other side, some may disagree with this and say that the U.S. should keep puppy mills. They bring up that people will lose jobs at the cause of closing down the mills. Although people would lose their job at working at the mill, it would give them a chance to find a more suitable and humane job. Another reason is there will be more people breeding animals and more buyers, in which they gain a better profit. Instead of buying from a puppy mill buy from a reputable breeder or a local humane society. 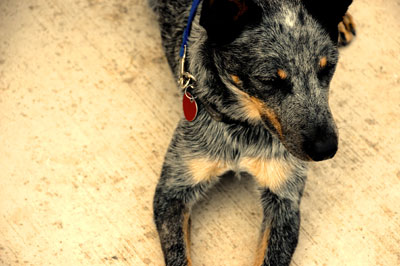 The author's comments:
This is an essay I wrote for my English class. I picked a more serious topic than the other students because this I wanted to bring up an important topic.
Post a comment
Submit your own