Through a Glass Darkly | Teen Ink

Through a Glass Darkly

“Before the Law” by Franz Kafka, is an abstruse parable subject to multiple readings. The author explores existential themes, but no overt universal moral is clearly imparted. Instead, the story requires a careful unpacking. While the metaphorical system seems unclear at times, similarities can be drawn between the struggle of the country man to attain the law with the reader’s pursuit to glean understanding. At first, one might see both quests as futile; the man fails in his mission while the reader navigates an ambiguity within the text that proves difficult to reconcile. Simply establishing this connection without further questioning, however, neglects aspects of the narrative. Specifically, why is the man unsuccessful? Is it Kafka’s premise that the law is a fallacy or is unattainable by definition, or are the conceptions, strategies, and methods of the man flawed? If indeed they are faulty, what are the implications for the reader; ought one re-examine and re-craft his/her/their expectations, modes, and analyses of the parable? In other words, by creating the man as the vehicle for the reader, then laying bare his mistakes, perhaps the author actually asserts the possibility of meaning but only if pursued through more critical approaches.

Although the absence of overt meaning initially suggests a confusing metaphorical system, the parable constructs a parallel between the man and the reader, as well as their respective journeys. Here, Kafka’s metaphorical system is unconventional in that the referents are not exclusively objects but involve actions, including that of engaging with the text. Namely, as the man repeatedly attempts to gain “admittance to the law” (131), but is thwarted, the reader is continually searching for the moral of the narrative which remains elusive as well. The man and the reader both start in earnest and do not expect such “difficulties” (131), as it “should be accessible at all times and to everyone” (131). As the story continues, and the man “makes many attempts to be admitted” (131),  it becomes clear that his increasingly desperate efforts from bribes to flea interrogations, are in vain. Likewise the reader sincerely but unsuccessfully wrestles with the text, unable to decipher the parable’s message through traditional paths. Finally, while the man lay diminished and dying, the guard extinguishes any hope of entry through the door as he roars, “I am going now to shut it” (132). The unceremonious closing of the door likewise signals the disappointment of the reader’s quest. At the end of the parable, the author has drawn in the reader’s participation in order to understand the experience of the man; the former and latter are denied a gratifying conclusion despite their diligent attempts. Yet, this takeaway might not fully complete the project set forth by Kafka. His ambitions for the reader are broader; questions and opportunities remain.

While the author creates this metaphorical system, the paradox is that he subsequently cracks the door open for the reader to dismantle and transcend it. The reader, unlike the man, ultimately enjoys a privileged perspective: he/she/they can see the inefficacy of the man’s efforts. If the reader were to end the analysis there, the metaphorical system would be relatively complete: both man and reader are ultimately left confused, frustrated, and unfulfilled. But Kafka offers further possibility, a second chance. Having not gained the satisfaction of a typical parable, the reader can now choose an extended investigation: why has the man failed, and why has the reader up to now? While the answers to these questions are neither simple nor obvious, the author does leave breadcrumbs, inviting the reader to grapple. For example, the man is fundamentally passive. He endlessly “wait(s) until he gets permission to enter” (131) rather than trying to push past the guard or taking other creative risks. Further, he lacks any sense of introspection. He always seeks the law outside of himself, as if the truth can only come from an external source, by “peer(ing) through the gateway” (131). Even in the face of defeat, he never steps up, digs deep, and re-examines that course. In revealing the man’s errors, the author indicates that the alternative, namely an active engagement, is integral to the search for meaning. Self-questioning, reflection, and reframing, are similarly important factors. While the man can no longer pursue his goal, the reader can re-embark with this new perspective. In so doing, the referents would no longer be parallel, thereby fracturing the metaphorical system.

Challenging the reader to break down the metaphorical system serves further purposes as well. While it is almost impossible to know Kafka’s intentions, the text reveals an attitude towards power structures, specifically how authority is portrayed. The system in the parable demands the man’s obedience; he has unequivocal faith in “the law” (which can stand in for various constructs like religion, culture, politics, etc.) Rather than question its existence and nature, the man assumes the law’s validity and status, despite a lack of evidence. Similarly, he accepts the authority of the doorkeeper and his threats, even though there is no proof of other doorkeepers, “each more powerful than the last” (131.) The system perpetually teases with postponed rewards, and never delivers: “It is possible… but not at the moment” (131). Instead, it ensnares and addicts. The doorkeeper assumes complete domination; the man serves up all of his wealth, health, and value. Because this control structure is portrayed so negatively, when reading the parable a desire develops to stand up to hegemony and re-examine the premises provided at the outset. Presenting the man’s blind allegiance as a cautionary tale, the author provokes doubt and calls for a rethinking of power structures. This extends to the reader as well; Kafka communicates that in approaching the text, one ought to be skeptical of dynamics established by those in control. By soliciting the reader to challenge the metaphorical system initially set forth, the author encourages a critical questioning of power, even if that very authority is Kafka himself.

By presenting this opportunity to transcend the metaphorical system in “Before the Law,” Kafka asserts that meaning can be realized, albeit through a critical process and a nimble approach. It is not an easy, guaranteed endeavor, and demands a lot of the reader. The expectation of absolute revelation is misguided; instead, the priority is on the journey, which may require uncomfortable reframing and reflection. Like Keats’ conception of negative capability, it can also be pleasurable, embracing the adventure and its uncertainties. And while Kafka emphasizes this search, both fraught and sublime, he leaves the door of interpretation ajar for the reader. In his Diaries Kafka writes, “Life's splendor forever lies in wait about each one of us in all its fullness, but veiled from view, deep down, invisible, far off. It is there, though, not hostile, not reluctant, not deaf. If you summon it by the right word, by its right name, it will come” (396). So, perhaps Kafka is an unexpected agent of hope; through reflection and creative acts, insight can be gleaned, even if only partially and obliquely, as if through a glass darkly (1 Corinth. 13.12). 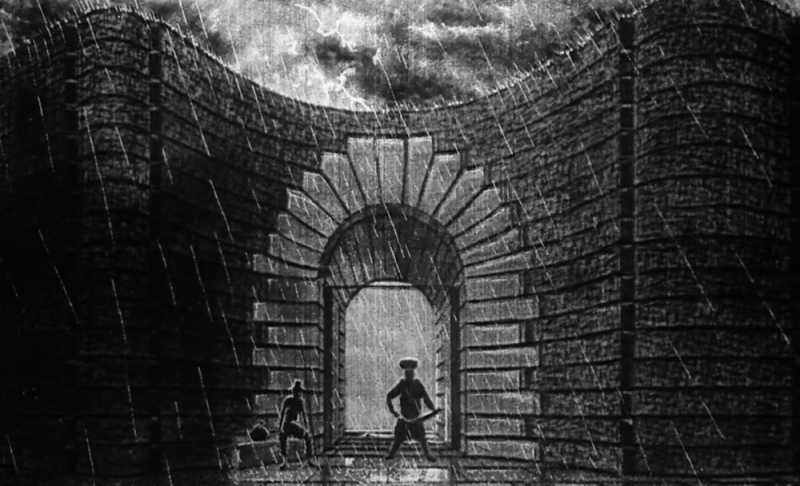 Thank you so much for providing this forum for young authors like myself. My name is Addison, and I’m a sophomore (15 years old, 16 as of February 8th) at Stanford Online High School. I chose SOHS because I am an aspiring professional ballerina and dance at my conservatory from around 9:30am to 4pm every day. Both before and after dance, I take my classes. Sometimes it feels quite overwhelming, but I’m so grateful to be able to do both school and ballet at such wonderful places. I love to write and create art and am so excited to share my work with you.