Yes On the Death Penalty

Nearly one out of eleven people that are prosecuted into federal prisons are serving life sentences. 2,304,115 people were incarcerated in U.S. prisons and jails in 2008 (http://en.wikipedia.org/wiki/Incarceration_in_the_United_States). If you were to do the math it would be 209,465 prisoners out of 2,304,115 are serving a life sentence. It may not seem like a lot of people but in reality it is a lot.
Now, to argue my point if some one receives a life sentence I think that they should be sentenced to death row which is the road to being executed. They should not have the right to sit and do nothing for the rest of their life besides hang out and just sit around. Instead they all these inmates that are going to do nothing can be sentenced to the death penalty. Every prison in the United States is over crowded. Some prisons are as high 33% overcrowded. If we were to give everyone serving life in prison or majority of prisoner’s death row we could lower the over crowding of prisons and make them safer for security to protect. Getting rid of these prisoners will also help our economy because now that they are gone we will not have to pay for the clothes food and housing and many other necessities. Therefore it will lower the cost that our government or tax payers have to pay to keep them alive when we could have just given them the death row all along.


On average it cost about $130 dollars every day to house an inmate in prison. If you were to do the math it would be about $47,750 dollars a year to house an inmate. The cost to house an inmate is more then the average GDP per capita of the United States which is what the average person makes a year. That being the average person in America makes about $46,000 dollars a year (https://www.cia.gov/library/publications/the-world-factbook/geos/us.html). It is costing us a thousand dollars more to house an inmate then what most of America averages a year. The thing is that is for only people who are serving regular sentences, someone who receives life in prison with out possibility of parole cost about $90,000 dollars a year to house. California’s death row population accounts for about 670 people to pay for these people alone its cost about 63.3 million dollars (http://www.deathpenalty.org/article.php?id=42). That is not account for all the other prisoners that have received life in prison with no parole.
These inmates that have received the life sentencing should not have the right to live and if they are to they should be put to work such as some daily work that can be beneficial for our country. Therefore, I think that people that are going to sit in prison for the rest of their life should either be put to death in a proper manner or have to do at least 8 hours a day of hard labor.
If you were to enforce this on people maybe the level of crime will go down due to the fact that they do not want to have to pay the penalty of being killed. One of the places with the highest murder rate which can get you life in prison has no death penalty which is Michigan. That is not the only state the District of Columbia is the same way. The state with the highest crime has only executed one person in the last three years and maybe its because they is not strict enough and the punishments are not severe enough.
So my point is that these prisoners who have received life in prison should not have the right to sit around for the rest of their lives. It is to costly for the government and the government is getting this money from us to keep alive what makes our country bad. Therefore they should be put to death and receive a punishment that they deserve. 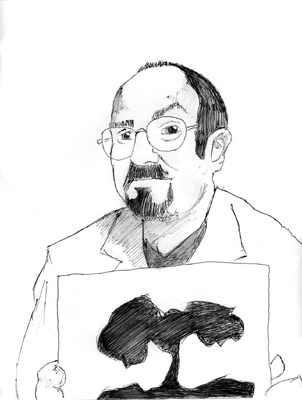 Marielle McDonald BRONZE said...
on Nov. 17 2016 at 11:48 am
Marielle McDonald BRONZE, South Jordan, Utah
2 articles 0 photos 1 comment
View profile
While I think you have some good points I have to disagree with you. I feel the death penalty is the easy way out. Murders and rapists may fear death, but I think loneliness is worse. I also don't believe that killing others is the answer to anything. Wars and the death penalty are often ways to punish evil people, but taking lives doesn't really stop lives from being taken. It just causes more people to die. I'm glad you believe in something and you are trying to do something.
salington745 said...
on Sep. 20 2014 at 5:19 pm
It cost 3-4 times more to go through the prosses of sentencing someone to the death row than keeping them in a high security one person cell for 50 years
Wyleth Espenocilla said...
on May. 15 2014 at 10:54 pm
If someone had done something wrong, it doesn't mean that they have no right to live. They are human like us. We don't have the prerogative to kill them as their punishment. Only God does so let our Father punish them.
boston418 SILVER said...
on Oct. 28 2010 at 10:48 am
boston418 SILVER, Weymouth, Massachusetts
5 articles 0 photos 48 comments

Haha sorry for so many comments... I'm commenting as I'm reading, lol.

To the extent that they are able, they do have to work.

View profile
Oh, and just a head's up, wikipedia is not a reliable source.  Readers can edit and change information on there, and they do all the time.  Anyone can change an article to say anything they want it to, so if you find something on there, you might just want to make sure to cross-check it and cite your supporting source instead.
boston418 SILVER said...
on Oct. 28 2010 at 10:43 am
boston418 SILVER, Weymouth, Massachusetts
5 articles 0 photos 48 comments

View profile
You're right, they should be put to death, but as it says in the Bible, "Let him who is without sin cast the first stone."  So apart from a perfect person, who would be qualified to take the life of an equal?