Lord of the Flies and WW2 | Teen Ink

Lord of the Flies and WW2

William Golding’s child psychopaths vying for power and control in the book Lord of the Flies are not as bizarre as they seem if the book’s publishing date is taken into account. 1954 was nine years after the end of World War Two, a war in which the Western democracies triumphed over the fascist countries of Germany, Italy, and Japan. Golding must have had the recent war in mind when he penned Lord of the Flies . Many of the book’s events and characters correspond to events and people in World War Two and the Holocaust. The three things that stand out most are Jack’s seizure of power, the death of Simon, and the character of Roger.

The ways in which Jack seized power were similar to Hitler’s. Both leaders promised food to their people -- in Jack’s case, meat from pigs. Jack also promised a better life for people who joined his tribe in the same way Hitler promised a better life for the German people. “Jack ignored him, [Ralph] lifted his spear and began to shout. ‘Listen, all of you. Me and my hunters, we’re living along the beach by a flat rock. We hunt and feast and have fun. If you want to join my tribe come and see us. Perhaps I’ll let you join. Perhaps not’ (pg 140)”. Many boys, sick of the boring tasks of building shelters and looking after a fire and eating only fruit were attracted to Jack’s message. Many German people were attracted to Hitler because he said would fix their economy and “give them meat.” Both Jack and Hitler also had scapegoats. Jack rallied the boys to him with promises of getting to hunt “the beast” he blamed for their problems and Hitler blamed the Jews for Germany’s problems.

Kristelnacht, meaning the “night of broken glass” in German, marked the beginning of the Holocaust -- Hitler’s systematic killing of his scapegoat. Bands of Nazis attacked Jewish homes and businesses, looting, beating, and killing people. Jack and his band of followers did a similar thing when they attacked Jack’s own scapegoat, “the beast”. “A thing was crawling out of the forest. It came darkly, uncertainly. The shrill screaming that rose before the beast was like a pain. The beast stumbled into the horseshoe. ‘Kill the beast! Cut his throat! Spill his blood!’ (pg 152)” “The beast” turned out to be Simon, who was killed that night. Jack didn’t care. He was in control of the boys who mortally wounded “the beast.” on his orders just the way Hitler ordered others to do his dirty work. More boys would follow him now since he was the one to rid them of the thing of their nightmares. And if they didn’t follow Jack, they would have to deal with Roger.

At the beginning of the book Roger was described as a quiet boy who kept to himself. By the end, Roger was the chief executioner of Jack’s tribe. The Nazi leader Roger could be compared to is Heinrich Himmler, the chief of the SS. Both Roger and Himmler liked killing and torturing, many times in brutal ways. “The yelling ceased and Samneric lay looking up in quiet terror. Roger advanced upon them as one wielding a nameless authority. (pg 182)” As Himmler did to those who resisted the Nazis, Roger tortured Samneric shortly after this exchange. The twins finally broke and agreed to join Jack’s tribe to end the pain.

So what was William Golding trying to show the world in Lord of the Flies? Was he just reenacting World War Two with a bunch of boys on an island or was it something more? In my opinion it was something more, much more. What he was trying to show was that there will always be those who want power and control and those who enjoy killing. Even though Ralph was able to beat Jack and Roger and the Allies were able to beat Hitler, there will always be those who want power and control and enjoy killing. It can be a single circumstance, like being stranded on an island, that can activate the evil in those people. It is up to those who are good in the world, like Ralph, to recognize and keep this evil in check so innocent lives, like Piggy and Simon, won’t be lost. 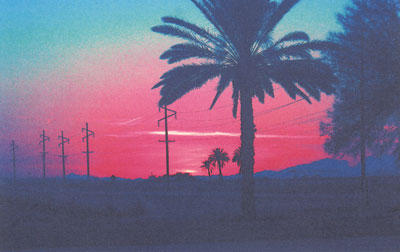 The author's comments:
This is my essay on Lord of the Flies from my English class last year.
Post a comment
Submit your own

Favorite Quote:
"No you've got, yes, you can get