Favorite Quote:
"Talent is nothing without character."

What do you get when you combine a well-known Danish astronomer, his mentally unstable German assistant, a Swedish hit man, and a jealous Danish king?

The sudden and mysterious death of a Danish astronomer. Half a century later, this real-life mystery has been given blockbuster potential.
Professor Jens Vellev, a Danish archaeologist, and his team of scientists were given permission this past month to exhume the remains of Tycho Brahe, a 16th century Danish astronomer. To their surprise, they might have dug up a five-hundred-year-old murder plot that seems to have been taken straight from a movie script.

But how did the young Danish astronomer wind up dead in the first place?

In the late 16th century, Tycho Brahe became famous in the science community for identifying new stars, and even a supernova under the patronage of the king of Denmark. But once his royal patron died, Tycho found that the new Danish king, Christian IV, despised him. Therefore, Tycho traveled to Prague and found a new patron: Rudolf II, the Holy Roman Emperor.
At this point, the astronomer was preparing to publish his many celestial observations but quickly found that he could not accomplish this on his own. He then enlisted the help of Johannes Kepler, a 28-year-old astronomer with his own strong opinions about the model of the universe. But less than a year later, Tycho suddenly became ill and died within 11 days.

Until the late 20th century, the death of Tycho Brahe was believed to be the result of kidney problems. But in the 1990s, hair samples from Tycho were analyzed and were shown to have been exposed to elevated levels of mercury at two separate times. The first dose was believed to be what initially made Tycho ill. The second time when Tycho was exposed to a high dose of mercury was on the final day of his life, suggesting that this second mercury exposure was the cause of death.

Many scholars point to Kepler as the prime suspect. Kepler described himself as having an “uncontrollable spirit” as well as an “eagerness for trickery”. Kepler was also eager to prove his own model of the universe, and resented Tycho for not allowing him access to essential data. Kepler desperately desired access to Tycho’s data in order to prove his own theories. However, this could only happen if Tycho were out of the picture.

Another suspected individual is Eric Brahe, a Swedish relative of Tycho who was staying at his home during that time. In his diary, Eric wrote numerous incriminating entries that are extremely suspicious.

Adding another layer of intrigue to the story, Peter Andersen, a literature professor at the University of Strasbourg in France, argues that Eric Brahe was actually hired to carry out the murder by King Christian IV of Denmark. But why did Christian IV want to kill Tycho? Rumor has it that Tycho had an affair with Queen Sophie, who was Christian’s mother.

Amidst all the speculation, lead investigator Professor Vellev has chosen to focus instead on CT scanning, DNA testing, and PIXE analysis of these samples. These tests are meant to uncover information relating to the scientist’s health as well as the cause of his death. Professor Vellev insists that even if the tests proved that Tycho was poisoned with mercury, this would not necessarily identify the killer.

Fortunately, a lack of data has never stood in the way of Hollywood masterminds. 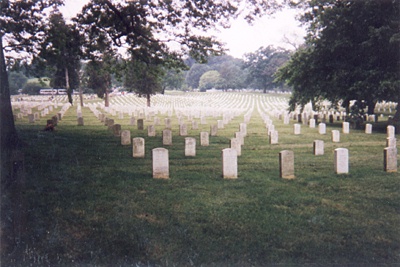 The author's comments:
This article was written for the Bergen County Academies' scientific magazine, Academy Scientific. It was included in the "World News" Section of the first issue ever to be released.
Post a comment
Submit your own