Night; A Day In The Life of Ivan Denisovich by Elie Wisel; Alexander Solzhenstyn | Teen Ink

Night; A Day In The Life of Ivan Denisovich by Elie Wisel; Alexander Solzhenstyn

In the novels, Night by Elie Wiesel and A Day In The Life of Ivan Denisovich by Alexander Solzhenistyn, avoidance and dehumanization are relevant motifs. However, those who choose to avoid the situation at hand most commonly become victims of dehumanization rather than upright rebels. Submission to dehumanization is ignorance in the film “Life Is Beautiful,” this type of avoidance is present. Elie Wiesel's interview with Oprah Winfrey clarifies that though avoidance is necessary for survival it can become enemy itself. Although avoidance may seem like an adequate coping mechanism, it only works to greater dehumanize those involved through ignorance.

For instance in A Day In The Life of Ivan Denisovich, the main character Shukhov is imprisoned in a Stalinist labor camp. There he serves his ten-year-sentence under penalty of crimes he did not commit. Dare he speak up for himself he will only be further persecuted. Inside the camp, standard of living conditions are beyond human bearing. It is nearly impossible for the prisoners of the camp to survive these distinctly harsh conditions. Camp guards attack the spirituality of the prisoners by replacing their birth-given names with meaningless letter combinations and numbers. For example, Shukhov is referred to as “Shcha-854” (28), and “S 854” (29) is painted on his jacket. The camp guards eliminate inmates names in order to destruct their personal belonging, “Those numbers [are] the plague of a Zek's life. A warder [can] spot him a long way off. [...] And if [he] didn't get it touched up in time, [he] [was] in the hole for not looking after it” (157). Although the camp guards have every intention to dehumanize him, Ivan will not accept it. He does all he can manage to rebel by remaining faithful to his beliefs. At mealtime Ivan will not eat without, “remov[ing] his cap from his shaven head—however cold it [is], he [won't] let himself eat with his cap on” (26). This task connects Shukhov with his upbringing and gives him the sense that he is behaving civilly rather than stooping to the level of those who scrounge on others leftovers for food. The Soviet camp system's conditions are inhumane, but Shukhov succeeds in avoiding them. However in doing so, Ivan allows himself to be dehumanized.

The inmates' oppressive labor in the extreme-cold is unfair punishment to prisoners taken under custody of the Stalinist government due to false charges and unfair laws. However the laws Stalin has passed outside the boundaries of the labor camps, in Siberia, are just as unfair as those within. On the morning of the day described in the novel, Shukhov has fallen sick and decides to sleep in late. As a result he sentenced to three days in the hole, a cold, concrete paved room, full of icy puddles and not a speck of heat. The conditions in the “hole” will, “... ruin [their] health for the rest of [their] [lives]. T.B. And nothing but hospital for [them] till [they] kick[...] the bucket” (154). Another example of unfair treatment is when Buynovsky attempts to stay warm against the cold by wearing a flannel vest during the bare search. He is sentenced ten days in the hole, a notion that will surely take either his life or his lifetime health, and he leaves knowing he will never see his fellow inmates again. Such penalties over such miniscule violations are ridiculous. The prisoners hold an understanding that their lives have no hope to get any better, however they avoid the truth of thier situation and allow the gaurds to dehumanize them in doing so. Though Shukhov does not realize it, his fighting back is suddle. However, it allows him to capture his spirituality and dignity rather than allow himself to be entirely dehumanized. His fellow prsioners ignorance allows dehumanization to control not only their lives but their minds as well.

In Night, Elie Wiesel and his family are subject to the brutal dehumanization of the holocaust. Elie’s struggle with his faith is a dominant conflict in Night, only after he is dehumanized to the point of questioning the faith he's always known. Elie chooses to avoid the life of the holocaust because he does not want to face it's reality. In the end he only hurts himself more by allowing the Nazi's to take away his faith in God. Before Elie witnesses this trauma his faith in God is obsolete. When asked why he prays to God, he answers, “Why did I pray? . . . Why did I live? Why did I breathe?” His belief in an omnipotent, benevolent God is unconditional, and he cannot imagine living without faith in a divine power. But this faith is broken by his experience during the Holocaust. Initially, Elie’s faith is a product of his upbringing, Elie has grown up believing that everything on Earth reflects God’s holiness and power. Elie is led to believe that since God is good, and God is everywhere in the world, the world must therefore be good.

Elie's faith takes a dark turn by the cruelty and evil he witnesses during the Holocaust. Elie cannot imagine that the concentration camps’ unbelievable, disgusting cruelty could possibly reflect God's devine and wonderful world of kindness. To him the holocaust is a corruption of his image of the world and God as well. He wonders how a benevolent God could be part of such cruelty and how an God could permit such dehumanization to take place. His faith is equally disrupted by the cruelty and selfishness he sees among the prisoners in the camps. He sees that the Holocaust exposes the selfishness, evil, and cruelty of which everyone is capable of. If the world is so disgusting and cruel, he feels, then God either must be disgusting and cruel or must not exist at all. This mindset allows him to be dehumanized through his spirituality and beliefs. His entire outlook on the world has been changed by the Nazi's and the holocaust because he has allowed himself to forget what he's always found most valuable, his faith.

In Elie's interview with Oprah Winfrey he prominently expresses that avoidance was necessary for survival during the holocaust. Avoidance allowed him to ignore the reality he was witnessing and from that he was able to keep going. However Elie was stretched to the point of no return, he experienced so much harsh treatment and dehumanizing acts that his ignorance became his enemy. The holocaust took Elie's everlasting faith in God from him and ripped him of his spirituality, just as the Nazi's had wanted. Essentially, the ignorance that allowed him to survive only enabled him to be greater dehumanized.

In the film “Life Is Beautiful,” avoidance is important to the survival of the characters in the film. Avoidance allows them to get through the anti-Semitic acts from the very beginning. When Guido notices the writing on the horse, “Jewish Horse,” at Dora's engagement party he laughs it off and makes it seem like a joke. He doesn't want it to matter, and he certainly does not want to submit to the fact that it is cruel and insulting. Guido's free-spirit allows him to be brave for himself and essentially for his own well-being. He does not want cruelty to overcome his free-spirit and take him away from his true identity. Allowing himself to come to terms with the reality of the situation would change his spirit and personality inevitably.

However, Guido's avoidance clearly becomes ignorance in such a way that it is enemy. When his son Joshua notices the writing “No Jews Allowed” on a local shop window Guido is reluctant to tell him that it's okay. Guido tells his son that they too can write on their book shop window who they do not want to allow in their store. Joshua finds this funny and tells his father that he does not want to allow spiders in the store, Guido agrees that spiders will not be allowed in the store. Guido uses avoidance in this way make sure his son does not feel afraid or hurt by the anti-Semitic acts going on around him. Joshua is a young and innocent soul, and he doesn't want his innocence to be corrupted by the outside world. 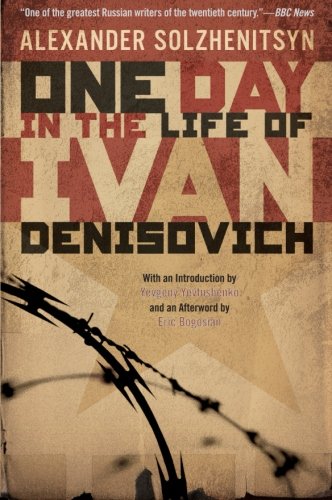