Emergence of the Republican Party

While most third parties never solidify their place among America’s two party system, the Republican party remains the one notable exception. A combination of economic, political, and social factors eventually led to the Republican’s key victory in the election of 1860. The Republican’s platform called for free labor, an end to the expansion of slavery, yet did not call for a racial equality. These social, political, and economic threads appealed to many disgruntled Americans who felt alienated from both the Whigs and Democrats, thus led the emergence of the Republican party.

The main tenet that led to the emergence of the Republicans was their opposition to the expansion of slavery. The question of slavery itself led to the weakening of both the Whig and Democratic parties at the time. Many Northern abolitions desired a political party that would end slavery, however moderates existed. These moderates feared that the recent land acquired from the Mexican American War would become open to slavery under the Southern slavocracy. The Wilmot Proviso was an exact indication of this fear as almost all free state legislatures attempted to ban slavery in the land acquired. Democrats on the other hand ran on Stephen Douglass’s idea of popular sovereignty. By running on a platform against the expansion of slavery, Republicans appealed to both to abolitionists and the Free-Soilers who criticized slavery due to economic motives.

The economy proved an advantage to the Republicans in emerging as a political party. While manufacturing in the North grew, immigrants from Europe satisfied the factories’ labor needs. Republicans ran on the platform of a high tariff which would support both big business and labor. It is interesting to note however that once slavery is abolished, Republicans successfully later transform the party to pro-big business, leading to the rise of monopolies and a transition to the corruption of the Gilded Age. Nonetheless, the idea of a high tariff appealed to many individuals. Those whom were not interested in industry were still approached by Republicans who promised to grant free homesteads to solve the problem of scarcity for land. The vastness of western land available led to this Republican proposition, which would lead to the emergence of the Republicans as a national party.

Furthermore, there was a political vacuum at the time that led to Republican emergence. The Whig Party collapsed over the issue of slavery, leaving third parties such as the Free-Soilers, Know-Nothings, and Republicans to compete for a voter base. Democrats controlled the southern planter aristocracy and the political machines in the Northern cities. Democrats would continue to control the political machines in the Northern industrial centers as party bosses such as Boss Tweed continued to exists well on to the 1900s. Republicans tapped into the growing political power of small Western farmers by promoting the division of western lands into homesteads for farmers.

The success of the Republican party can be largely attributed to the political, economic, and social forces in play at the time. Republicans successfully replaced the Whigs as a national party by promising homesteads, opposing the expansion of slavery, and supporting high tariffs and big business overall. However, the Republicans failed to appeal to the South, a failure that would be felt during the Civil War and a failure that would lead a century of Democratic support in the South. 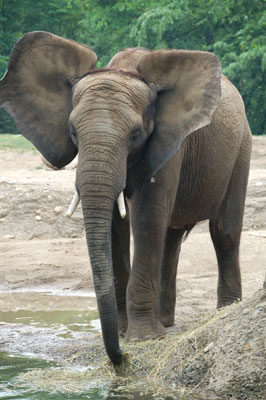 Considering that they are one of the parties in America's two party system, it is important to know how the Republican party originally arose to prominence. The party, originally quite liberal, has drastically changed over time.