Who says history is boring or dull? Many people apparently think funny incidents are a modern thing, and the rest of history as a sad or boring movie. After meeting a great history teacher (and looking up historic follies on the web), I realized that’s not necessarily true. The world may be a dark place, but it did had, and still does have, its funny moments.


The Prank Telegram
The author of Sherlock Holmes, Sir Arthur Conan Doyle, was a man who enjoyed pulling practical jokes on people. According to rumor (and a comedy website), Sir Arthur sent a telegram to twelve of his friends (all of them were very powerful) that contained the following message:


Flee at once, the secret is discovered!


Apparently they all had nasty skeletons in their closets, because in less than 24 hours, all twelve of them had fled England. It did not say how long it took before they realized they were pranked...if they ever found out at all.


A New Bicycle
The Vietnam War can be described as the one of the most traumatic wars in history, with tales of scary jungles, confusing enemies and soldiers struck with PTSD. Paradoxically, it also had a very funny episode involving a bicycle. During the war, a group of American soldiers spent five days in Cambodia searching for an enemy supply base, but they couldn’t find anything...until the leader came across a red bicycle, shining as if it was brand new.

The platoon believed the bike belonged to a Viet Cong scout, so the soldiers took the bike and waited for its supposed owner to show up, but no one came.

“This is the bike you wanted.”

As it turned out, the radio dispatcher used a codebook in which “new bicycle” meant “enemy general”.


Don’t Say That!
A noblewoman once said to an Irishman,
“The air of Ireland is excellent and healthy!”
The Irishman realized that the noblewoman came from England, so he fell on his knees and pleaded,
“Don’t say that around the British, for if you do, they will tax it!”


Looking Dum-b
The famous playwright Alexandre Dumas, like any human being, also had an awkward moment. During one of his visits to a bar or restaurant, Alexandre was minding his own business when a soldier walked in and made a joke of Dumas’ clothing.

Like most Frenchmen at the time, Alexandre challenged the soldier for a duel scheduled at a quarry and to happen the next day. Sure enough, the two swordsmen met at a quarry (with an audience, of course) and were about to fight when Alexandre’s opponent told him to take off his shirt and suspenders. Unfortunately for Alex, his belt buckle was busted, so that may explain why he was wearing suspenders in the first place, and why his pants fell down in front of everyone.

Luckily, Dumas knew better than to challenge everyone in the crowd to a duel, but it sure was embarrassing.


No Tea!?
It is true that the British are bonkers for tea (it’s estimated that 66% of the British population drinks at least one cup a day), and even in times of war they can’t bother to go without the stuff. After the Second World War, tea-making machines were permanently added to the British tanks.


Land Down Dumber
Australia, with its frightening animals and scorching deserts, you’d think it would have been recommended for the serious explorer. Instead, however, future colonists relied on two goofballs named Hamilton Hume and William Hovell to map and identify the unknown in this Terra Incognita of the time. The two pioneers were notorious for bumping into trees and naming the same landmark fifteen times over and whatnot. At one point, the comic pair got into an argument over how they should cross a mountain and eventually they resolved to go in different directions, and they divided everything in two, including the only tent.

The last thing to split was a frying pan, and of course Hume and Hovell got into a fight over the pan...and they didn’t just argue. With one man gripping on to either side of the pan, each person got into a tug-of-war until the pan and handle finally broke apart. The news report didn’t say if a crowd of aborigines came to watch the event, but it would have been entertaining. If those clowns even had enough time, they might have drawn a line across the very mountain range they were trying to cross.

After Hovell claimed the handle (or did he win the pan?) for himself, he realized he messed up and went back to his partner to apologize...and the two explorers likely lived goofily ever after.


Who’s The Bad Guy Now?
The bushrangers of Australia are pretty similar to the cowboy-outlaws of the American Southwest. One of the most clever and humorous was the legendary Bold Ben Hall, who became a nefarious bushranger after two not-too-major tragedies. Instead of shooting bullets at people, Hall’s main method of torture involved humiliating the local police. During one of his “attacks”, Hall and his gang tied up a number of marshalls to trees while their gentleman leader gave the troopers a lecture on police misbehavior. In two other incidents, Hall and his buddies locked all of the coppers in prison cells and threw a big party for everyone who wasn’t an officer, and to really rub this into the government’s face, these “gangsters” paid for everything afterward.


American Die-t
Now you’ve heard of vicious heart-ripping and child-eating gods the ancient and somewhat cannibalistic Mexicans once worshipped, but during the time of the Mexican-American war, the Mexicans thought the neighboring Americans did something similar. According to one anecdote, one of the generals who fought in the war heard of this rumor and decided to see for himself if it was true, so he came up to a Mexican man and asked if he could have a fat little boy for supper. Horrified, the Latino said no. Next, the general (General Taylor) inquired about a little girl instead. Again, the Mexican said no. Finally, with a jackknife rising out of its sheath, Taylor asked if he could find a market that sold the meat of a grown man, and the poor Mexican bolted away.


Daniel Boone
Daniel Boone was getting a portrait of himself painted by artist Chester Harding. During the making of this work of art, Harding asked the great hunter and frontiersman if he ever got lost in the wilderness. Boone responded with, “No…but I was bewildered for three days.” 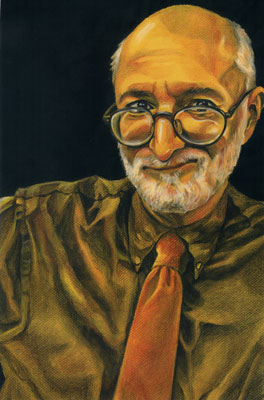 For Coach Blount, a history teacher with a sense of humor and a passion for football.